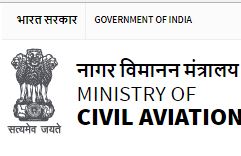 India’s civil aviation ministry has proposed a number of regulations for the use of drones as it looks to legalise the use of unmanned aerial systems, according to Channel News Asia.

In India it is illegal for the general public to fly drones without the approval of government authorities, because of concern over the safety of other users of airspace and people on the ground.

According to the news report: “Users of drones weighing more than two kilograms will need a security clearance, operating permit, unique identification number and a remote pilot licence, according to the draft regulations. The ministry has asked for public comments within 30 days, after which the regulations will be finalised. The policy is expected to come out by the end of the year.

“The use of drones would be banned within a certain distance from airports, the country’s borders and some areas excluded by the home ministry. Violators would be charged under provisions of the Indian penal code, according to the proposed rules.

“Once the regulations are finalised, e-commerce companies would be allowed to use drones to deliver goods, said civil aviation secretary RN Choubey, adding that the government was working on technologies to curb the use of rogue drones.

“Aviation regulator Directorate General of Civil Aviation will oversee the use of drones once the rules are come into effect.”

According to The Hindu newspaper Civil Aviation Secretary R.N. Choubey said draft regulations are sought to improve ‘ease of doing business’ for the drone industry while securing any concerns of misuse. The key points of the proposed regulations are

* Drones will be categorised into five types: nano, micro, mini, small and large, ranging from less than 250 grams to over 150 kg.

* Nano drones under 250g will not need security clearance.

* Different types of approval will be required at different locations. Apart from nano drones all categories will need an air defence clearance so that military and security agencies are aware of the flight path.

* There will be no-drone zones – such as above operational aerodromes and within 5 km of Vijay Chowk in Delhi, within 500 metres from strategic locations, from mobile platforms such as cars, ships and aircraft, over eco-sensitive zones like national parks and wildlife sanctuaries (unless approved by Environment Ministry).

* Drones less than 2kg and operating under 200 feet of height, once registered, can be flown without regulatory authorisation.

The regulatory framework is be expected to be in place by 31 December.