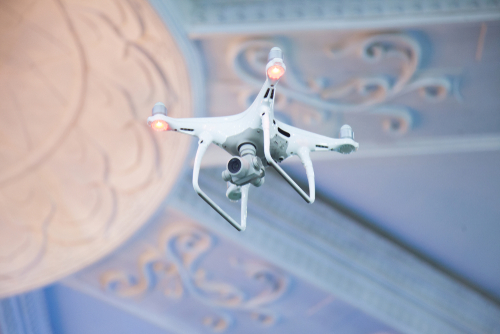 The Hindustan Times reports that India’s civil aviation ministry has pushed back to April the date on which individuals and companies will be able to fly drones under the regulations for use of Remotely Piloted Aircraft System (RPAS) released last August.

“According to two officials familiar with the matter, the original launch date of January 1, 2019 for flying drones in areas other than those barred for security concerns, had to be revised for two reasons: states have yet to map “no-drone zones” in their airspace; and drones are not equipped with No Permission No Take-off (NPNT) hardware pre-programmed with no-fly zones and integrated with the Digital Sky Platform. Both are mandatory under RPAS rules,” said the newspaper.

“Operators will be able to apply for permissions and get instant approvals through the Digital Sky Platform, an online portal, for the use of drones for photography, recreational purposes as well as for commercial use as taxis or delivery vehicles and other services. This will be the first-of-its-kind national unmanned traffic management (UTM) portal to implement a NPNT policy. One of the officials quoted above said states had sought time at least till April 1 to map no-drone zones.

“Likewise, manufacturers have sought more time to retrofit drones with NPNT hardware. Only after this is done can individuals or companies register their drones with the government and be allotted unique identification numbers.”

“Users will be required to do a one-time registration of drones, pilots and owners. For every flight (except nano drones, which weigh less than 250 gms), users will be required to ask for permission to fly through a mobile app, and an automated process will permit or deny the request instantly. The UTM (unmanned traffic management) operates as a traffic regulator in the drone airspace and coordinates closely with the defence and civilian air traffic controllers (ATCs) to ensure that drones remain on the approved flight paths, according to RPAS guidelines….For flying in controlled airspace, the filing of flight plan and obtaining AirDefence Clearance (ADC) /Flight Information Centre (FIC) number will be necessary. The regulation defines no-drone zones as areas around airports, near the international border, Vijay Chowk in New Delhi, state secretariat complexes in state capitals, and strategic locations and vital military installations. A case under the Indian Penal Code can be filed for flying a drone in a prohibited zone.”

Meanwhile other press reports say another reason for the delay could be the government’s consideration of how to implement a security cordon policy and the implementation of a plan to equip each drone with a “safety chip” which would disable the platform in the event of security concerns.

According to a The News Minute report of 21 January: “The suggestion, according to an Economic Times report, came out of a meeting aviation minister Jayant Sinha has with several drone manufacturers during the Global Aviation Summit, which took place in Mumbai this week. Security has been the main concern of the government for not giving a green signal to operate drones, though there has been a policy in place since December last year. Incidents like what happened at London’s Gatwick airport that practically brought the airport to a halt for several hours, seems to be pushing agencies back and they upgrade the risk potential of the drones.

“Explaining the way the chip would work, an expert has said the chip can be added at the assembly level itself and if the security agency gets an alert that the machine is up to some mischief, they can cut the power to the drone or force it to ‘autoland’ on the spot,” says the news article. “The positive thing about the chip is that the technology is reportedly available domestically and is not difficult to implement. Talking of the numbers, it is said that there are around 40,000 drones in the country and when fully operational the country could end up having more than a million UAVs. “