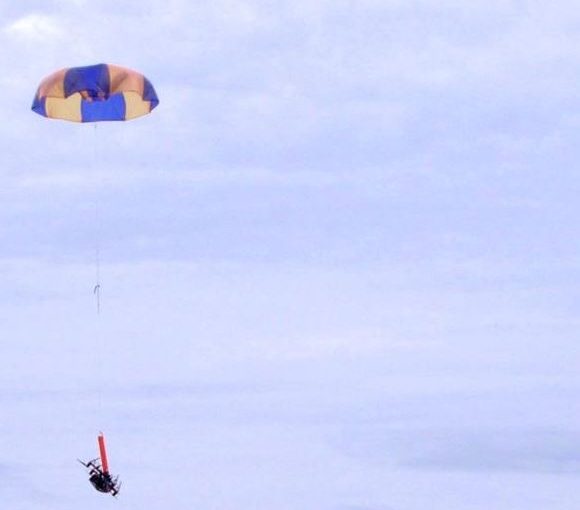 Indemnis and DJI have announced that the Indemnis Nexus parachute system for the DJI Inspire 2 drone has been validated as compliant with the new international standard for drone parachutes. According to Brendan Schulman, DJI Vice President of Policy & Legal Affairs. “The certification of the Nexus system on DJI’s platform is a significant step toward making flight over people and crowds routine, expanding the scope of vital applications such as search and rescue, news gathering, and public safety.”

“’Indemnis has tested our parachute systems in thousands of real-world unplanned failure scenarios, and NUAIR’s validation of our work is an exciting step toward making professional drone operations over people safe, routine and productive,” said Amber McDonald, Indemnis President/CEO.

Nexus is a ballistic parachute launcher, triggered automatically if the drone suddenly begins tilting abnormally or falling. It deploys the parachute within 30 milliseconds at 90 mph, through a tube that rapidly inflates to keep the parachute lines away from the drone body and propellers. Indemnis offers the Nexus package today for the Inspire 2, and intends to offer it for Matrice 200 series and Matrice 600 series drones by late 2019.