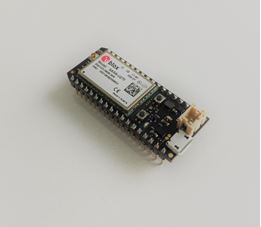 Hionos’ SignalPack will be embedded in drones used for the PODIUM UTM research project, enabling drone tracking in Bretigny airspace, close to Paris.

SignalPack manages positioning, signalling and performance restrictions. It features automatic identification, positioning LEDs, an emergency audio beacon and a fly-zone restriction mechanism. According to the company it is compatible with all drones, either already on the market or soon to be released.

The unit allows for the

SignalPack updates automatically to follow country regulations in which the operator is based.

The SESAR Horizon 2020 PODIUM project will demonstrate unmanned aircraft system traffic management (UTM) services, procedures and technologies at four operational sites in Denmark, France and the Netherlands throughout 2018 and 2019. It supports U-space, the European Commission’s vision for the safe, secure and efficient handling of drone traffic and a key enabler for the growing drone market to generate economic and societal benefits. The three main work strands are: