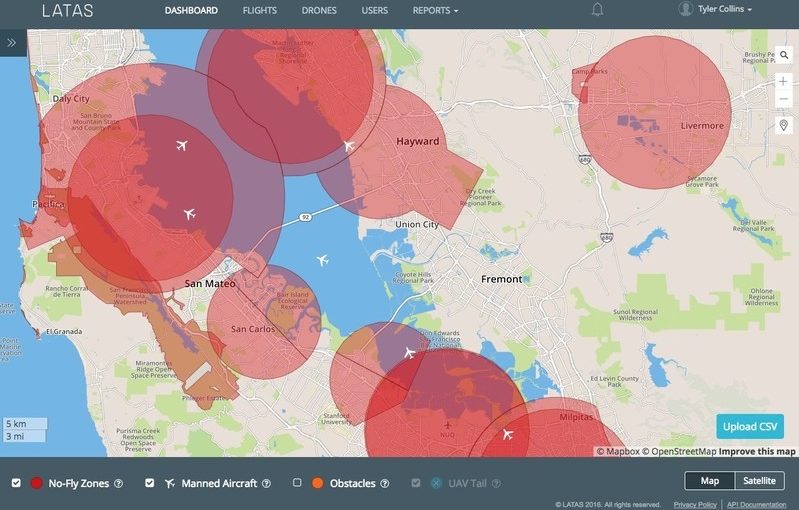 LATAS links drones, 3D ground data and live manned aircraft data from global aviation authorities into a single system that tells commercial or hobbyist drone operators when and where it is safe to fly.

HAZON DMS was launched as a fleet management software in May of this year with features such as operations planning, flight logging, maintenance tracking and field team reporting.  Operating over worldwide cellular networks and satellites, the LATAS platform connects airspace management technologies, such as sense and avoid, geo-fencing and aircraft tracking, into a service package for commercial and recreational drone operators, as well as regulators and air traffic controllers. LATAS allows users to request, track and verify all flight operations from a central location and automatically report flight paths back to aviation authorities.