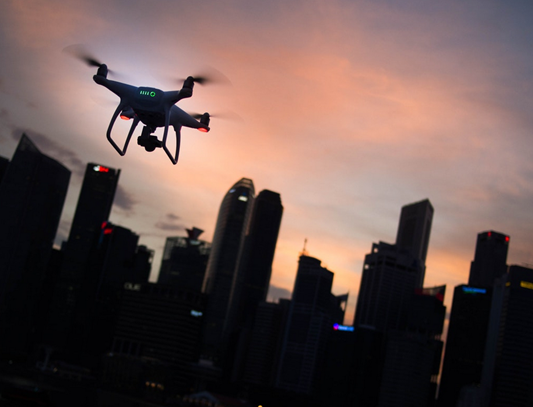 The German Aerospace Center launched its City-ATM Project at the beginning of 2018.

The projects deal with the question of how a future airspace management (ATM) system for unmanned and manned airspace users, especially operations in urban areas, could look and addresses a variety of concepts and technologies to ensure safe and efficient integration of new airspace users. These can be very diverse and, in addition to VFR air traffic, include personal air vehicles (PAV), parcel-service UAS, parachutists, weather balloons or prioritized air traffic such as rescue helicopters. In addition to managing platforms of different sizes, performances and abilities, additional requirements with regard to protected flight areas (so-called geo-fencing) or favored, risk-minimized routes have to be taken into account in a future U-space airspace management concept.

The City-ATM project will develop a concept for future ATM in urban airspace, which will enable safe and efficient integration of new airspace users (such as unmanned aerial vehicles and air taxis). This includes the definition and validation of operational and technical concepts for airspace management, information provision, traffic flow control and monitoring, as well as safe, secure and reliable CNS-infrastructure. Related aspects concerning the societal, economic and environmental feasibility will be addressed and integrated into the project’s approach to U-space. Based on these concepts, a simulation and demonstration platform for urban ATM will be developed.

An important aspect within this project is the technical configuration and design of the applied urban drone concept. Based on a thorough risk assessment and derived mitigations strategies a highly reliable and redundant drone will be developed (or partly modified) which will be approved for flights Beyond-Visual-Line-Of-Sight in urban areas. The target system is intended to enable and support flight testing within the developed City-ATM, initially in simulated – later real – urban airspace. The aim of the project is also to bring together relevant stakeholders (such as UAS manufacturers, UTM system providers, aviation authorities and users) to develop a secure and efficient overall solution for the U-Space.

As part of the project, the first stakeholder workshop took place on 7 February. Representatives of 14 different globally operating companies and institutions from the areas of UAS manufacturers, system service providers and users discussed the basic system elements that will be need for a future ATM network. In addition to the preparation of various use cases, the implementation of various system services in successive demonstration stages was discussed and the stakeholder involvement clarified. There was great interest in a joint demonstration programme, according to the project leaders, and this is driving forward the development of new standards. Three different uses cases reflecting current interests and needs of urban areas were identified and will be further detailed during the project:

Close coordination with local authorities and city administrations will enable and foster urban drone operations that can not only be considered operationally and technically safe, but are in addition flexible enough to enable long term, regular and multi-scale applications. So far, the cities of Braunschweig and Hamburg (both located in northern Germany), with their steadily growing UAS industry, are considered as potential candidates for flight demonstrations. In further workshops, the results achieved will be further refined. A first demonstration in Hamburg is planned already for the end of this year.