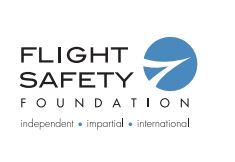 Jon Beatty, President and CEO Flight Safety Foundation has written a letter (https://flightsafety.org/wp-content/uploads/2018/02/FSF-Letter-to-ICAO-re-Recreational-Drone-Regulation-FINAL.pdf) to Dr Fang Liu, Secretary General of the International Civil Aviation Organization (ICAO), urging ICAO “to engage and actively encourage States to adopt safety rules that protect the public against the increased safety threats posed by both recreational and commercial UAS, and that all States should directly regulate recreational drones to protect people on the ground, and general aviation, business and commercial aircraft in the air.”

The letter states that “the proliferation and operation of small drones by people without aviation experience is becoming one of the most significant hazards to manned aviation. This poses unacceptable risks to aviation safety, and raises the potential for significant and perhaps catastrophic injury.”

“We urge ICAO to accelerate efforts to fashion appropriate Standards and Recommended Practices for drones,” it continues, “along with procedures and guidance material for States. We also urge all States to intensify efforts to develop proportionate and risk-based approaches for drone laws and regulations that ensure the public’s safety, including by direct regulation of recreational drones, with adequate tracking and identification. We encourage States to consider mandating such technologies as geo-fencing, altitude limiters and line-of-sight controls for equipment used by hobbyists.”

The letter follows a number of recent incidents of near misses and collisions between drones and aircraft. The Foundation cites recent examples of a flight instructor and student pilot reporting that their helicopter crash in Charleston, South Carolina, occurred as the pilots were taking evasive manoeuvres, the flight of a drone within a few feet of a Frontier Airlines aircraft on approach to McCarran International Airport in Las Vegas and an October 2017 incident in which a drone flew within five feet of the first officer’s window on a commercial aircraft landing at London’s Heathrow airport.