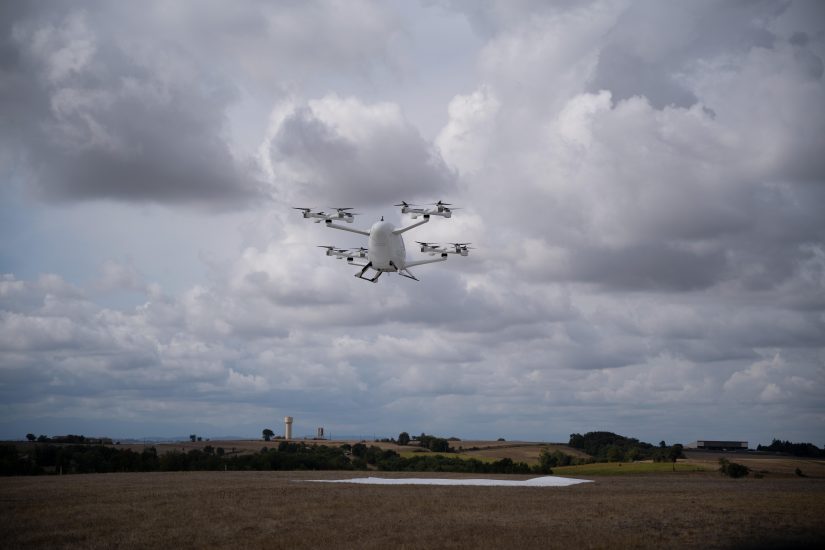 Operational scenarios addressed existing urban needs ranging from medical emergency transport to a mix of freight and passenger flights, including extreme cases like sector saturation capacity and emergency landing. They also involved different types of platforms with various capacities and levels of automation, all sharing the same airspace volume. The regions of Toulouse and Bordeaux hosted these full-scale trials.

The aim of the TindAIR project is to provide U-space users with a tactical deconfliction service. As urban areas are very dense and many aircraft with different sizes and speeds will be sharing the same airspace, a service to prevent and avoid collisions is necessary. This service includes systems and devices that detect possible conflicts and provide alerts in a timely manner. Through a safe communication link, it sends appropriate instructions to change the aircraft speed, altitude and/or heading as needed to safely and efficiently deconflict and to guide the re-routed aircraft back to course once the conflict is solved.

As part of the TindAIR programme,  UMILES “Next’s Concept Integrity” air taxi, equipped with TECNALIA’s FlyFree technology, completed successful test flights in Toulouse, taking off from the Onera Test Field, according to the company.

“At the event, UMILES Next was able to test automatic flight control and autonomous take-off and landing on its eVTOL aircraft (electric and vertical take-off and landing), making it possible to integrate the air taxi into the U-space….The Concept Integrity air taxi is an improved evolution of the first prototype unveiled in 2019. It is capable of travelling across cities autonomously, designed to carry one person and cover urban distances of up to 15 kilometres in 15 minutes.

“Such autonomous aircraft must currently be piloted in order to receive the certificates required for operation. This has prompted UMILES Next to begin work on the design of its piloted aircraft, Integrity3, based on the patented FlyFree technology, which it hopes will be in flight within the next few years.”

UMILES Group CEO Carlos Poveda said: “Our goal is to go to market fast and to do that, we need to work with all air mobility sector players to outline rules, standards and requirements that we all have to meet. These types of initiatives allow us to fully engage with all the possible safety considerations, among other factors. This is a major step forward for UMILES Next that will bring us ever closer to the mobility of the future.”