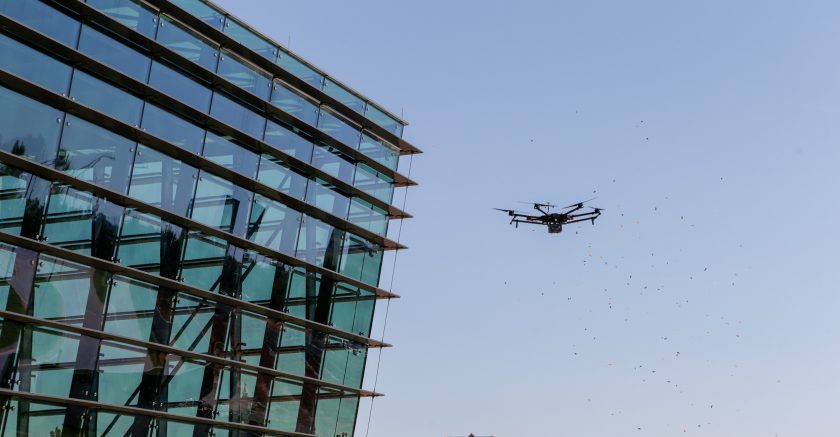 The Oklahoma Aerospace Institute for Research and Education (OAIRE) at Oklahoma State University has launched a Counter-UAS Center of Excellence and a new partnership aimed at strengthening national defence by developing counter-measures to thwart malicious Unmanned Aerial Systems (UAS).

The agreement solidifies OSU’s position as the preferred aerospace defence provider for the US Army base at Fort Sill. The agreement includes receiving a USD15 million Indefinite Delivery, Indefinite Quantity (IDIQ) subcontract from Amentum to assist federal agencies in technology development to counter threats from drones and other UAS through the Counter-UAS Center of Excellence (CUAS COE).  These DoD IAC MAC task orders (TOs) are awarded by the US Air Force’s 774th Enterprise Sourcing Squadron to develop and create new knowledge for the enhancement of the DTIC repository and the R&D and S&T community.

The new centre was established in partnership with the Department of Defense (DoD) via the National Defense Authorization Act. The US Army Combat Capabilities Development Command contracted with OSU to initiate the CUAS COE with USD6.5 million in appropriated funds across FY2021 and FY2022, with USD5 million in additional funding pending for FY2023.

As the counter-UAS arm of OSU’s Unmanned Systems Research Institute (USRI), the new centre brings together resources and research to place Oklahoma at the forefront of this specialty area. Formalized in September 2022, the agreement will fund a series of projects at the center for up to USD15 million over the course of the next 4.5 years. The projects will involve developing, evaluating and improving technologies to identify, track and mitigate threats posed by drones to infrastructure and other sites that are critical to homeland security. They also will involve the training of existing and potential professionals to understand and deploy counter-UAS technologies and techniques.

Another mission of the centre will be to improve facilities that allow the CUAS COE and US Army partners to quickly and easily operate UAS systems for research, testing and training.

“By working together, we are setting the national standard for counter-UAS. The possibilities for the future of aerospace at OSU in Oklahoma and for the United States are far reaching and it’s all built on a bedrock constructed from decades of experience,” OSU President Kayse Shrum said. “This centre will change what’s possible with national security. It will advance research and strengthen the Oklahoma economy as we merge civilian and military worlds into a partnership that will exponentially improve the mission of both.”

The partnership announcement was delivered during a launch event celebrating the opening of the national CUAS COE, which was held at the Hamm Institute for American Energy at OSU in the Oklahoma City Innovation District.

At the event, Dr. Jamey Jacob — the current director of the USRI and professor of aerospace engineering in the College of Engineering, Architecture and Technology — was named director of OAIRE.

“The Oklahoma aviation aerospace industry has $44 billion of annual economic activity and is the second largest industry in the state behind energy,” Jacob said. “With the advent of the new advanced air mobility industry, Oklahoma has an opportunity to leverage its expertise in aerospace and autonomous systems to lead in the newest and fastest growing field of aviation and secure a global impact throughout the 21st century.”

The CUAS COE was established in partnership with the DOD through the National Defense Authorization Act to provide high-level research and engineering staff at locations in Oklahoma City, Stillwater and Fort Sill in Lawton.

“Drones have the potential to transform sectors of the United States economy, including agriculture, law enforcement, public safety, disaster evaluation and response, fire detection, border security, weather forecasting, construction and utility monitoring,” US Rep. Frank Lucas said. “It’s exciting that as this technology grows, OSU is leading the way in aerospace R&D. The Unmanned Systems Research Institute is a true powerhouse of UAS and counter-UAS technology.”

The centre also plans to host an annual counter-UAS symposium to bring together representatives from across the government to discuss new threats, technologies and best practices along with connecting with private industry to meet governmental CUAS needs.

Outside of counter-UAS efforts, USRI also addresses multiple aspects of unmanned systems research and development, including: drone development; use of drones for human health and safety; advanced air mobility; NASA applications for autonomous operations; and development of novel drone applications.