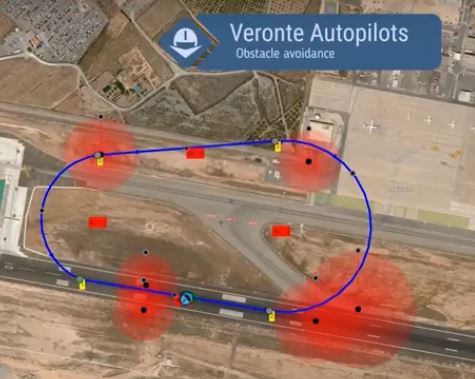 Embention (https://www.embention.com/en/) reports it has added ADS-B and SSR transponder capabilities alongside a new obstacle avoidance algorithm to its family of Veronte drone autopilot systems.

The Veronte Autopilot is a miniaturized avionics system for advanced control of unmanned systems. This control system embeds a suite of sensors and processors together with LOS and BLOS M2M datalink radio, with reduced size and weight. “The unique Plug ´n Fly control system…adds fully autonomous control capabilities to any unmanned system for complete operation,” says the company.

In mid June 2018 the company announced it was now possible to integrate any transponder – ADS-B or secondary surveillance radar, into the Veronte Autopilot. “Once our transponder is integrated into Veronte Autopilot, we can easily configure it thanks to Veronte Pipe software . Just indicating the type of our transponder, the way of sending or not, the code to be sent,… our UAV will send messages to identify yourself…It can send it to the ground as well as to any aircraft that requires it in order to add our UAV to a “Collaborative Sense and Avoid” system.

Veronte Autopilot can also integrate new a module that allows the definitions of restricted/safe flight zones.

The operator defines obstacles on a map for the drone to avoid – trees, power plants, military areas – so even though the optimal route defined in the mission crosses these areas, the drone will automatically avoid them. https://www.embention.com/en/news/obstacles-in-the-uav-flight-plans/?_mrMailingList=114&_mrSubscriber=6421&utm_source=mailing114&utm_medium=email&utm_campaign=Obstacle+Avoidance+with+Veronte+Autopilot

“Traditionally, this problem has been solved through a family of algorithms based in generation of potential fields that change the navigation of the UAV,” says the company. “Just like gravity or opposite magnetic poles, the flight plan always exerts attraction strength on the drone. In the case of obstacles it is exactly the opposite, exerting repulsion strength.

The new algorithm adds the avoidance of sinks of potential. On this way, the UAV is capable to softly surround obstacles, returning to the configured flight plan as soon as possible. This evasion manoeuvre is calculated according to the manoeuvrability of each platform, says Embention.