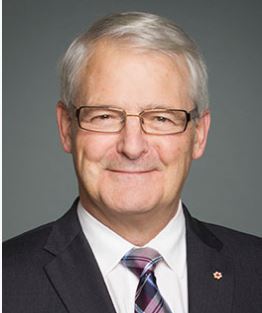 A drone has collided with an airliner in Quebec. No-one was hurt in the incident and the aircraft was only slightly damaged.

According to Marc Garneau (pictured), Canada’s Minister of Transport, speaking in an October 15 statement: “On October 12, 2017, a Skyjet flight was struck by a drone while inbound to Jean Lesage International Airport in Québec City. This is the first time a drone has hit a commercial aircraft in Canada and I am extremely relieved that the aircraft only sustained minor damage and was able to land safely.

“Although the vast majority of drone operators fly responsibly, it was our concern for incidents like this that prompted me to take action and issue interim safety measures restricting where recreational drones could be flown. I would like to remind drone operators that endangering the safety of an aircraft is extremely dangerous and a serious offence. Anyone who violates the regulations could be subject to fines of up to $25,000 and/or prison. This applies to drones of any size, used for any purpose. All airports, helipads and seaplane bases are “No Drone Zones” if you do not have permission from Transport Canada. For 2017, to date 1,596 drone incidents have been reported to the department. Of these, 131 are deemed to have been of aviation safety concern.”