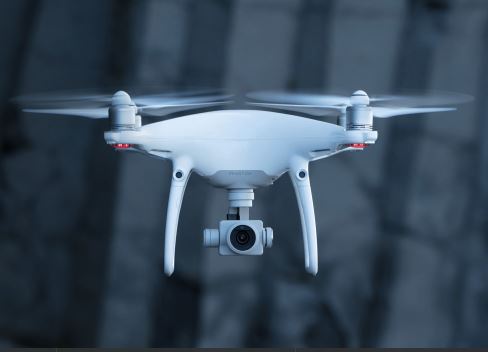 DJI, manufacturer of the world’s largest number of civil drones, has responded to the publication of the Federal Aviation Administration’s Unmanned Aircraft Systems (UAS) Identification and Tracking Aviation Rulemaking Committee (ARC) conclusions on tracking and identification with a discussion paper. According to the company:

“DJI…welcomes today’s release of a Federal Aviation Administration (FAA) committee report on technology to identify drones in flight, clearing the way for drones to be used in new beneficial ways. The report recommends that drones broadcast identifying information to local receivers, which is the “electronic license plate” technology in DJI’s new AeroScope system for identifying airborne drones. This imposes the fewest burdens on drone owners and pilots, while building in protections for their privacy.

“The FAA’s Aviation Rulemaking Committee (ARC) for remote identification and tracking of drones, also known as unmanned aircraft systems (UAS), recommended mandatory adoption of a local broadcast mechanism to provide people near the drone with important information – rather than a mandatory internet-based network system that would require all drone flights to be automatically transmitted to a central location and stored in a government database.”

“In our view, using the radio system that is already on board drones today and that is integral to their operation is the Remote ID solution that involves the lowest burdens and costs, the highest likelihood of widespread compliance, and the quickest implementation time to a robust and effective Remote ID solution for UAS in the United States and in other jurisdictions around the world that have similar goals.

“We call upon our partners in industry to work together expeditiously on standards for direct broadcast technologies.  We also urge our customers and partners in the United States to become engaged on this important technology policy issue as FAA rulemaking and related public policy on this subject move forward.”

“The ARC focused on the needs of law enforcement, homeland security, and air traffic control stakeholders, but in the next stage of this process it will be crucial for other stakeholders to advocate for reasonable outcomes on matters not fully reflected in the discussion so far concerning cost, ease of compliance, privacy, and other factors that will make a huge difference in whether and to what extent people are able to freely use UAS technology for productive, creative, and beneficial purposes.”