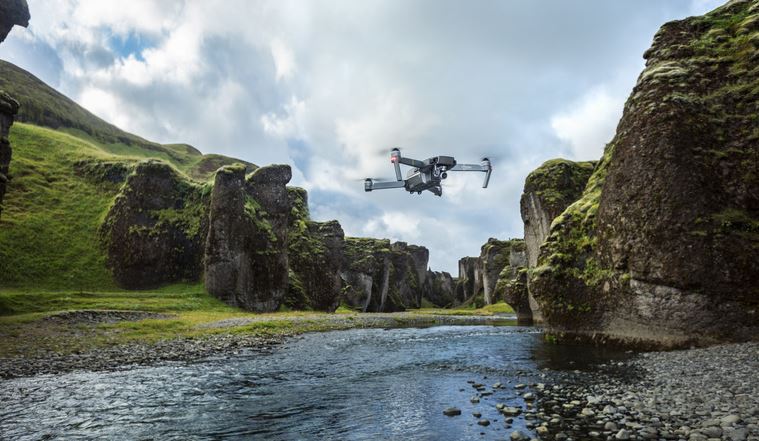 In a whitepaper launched at the event the drone maker outlined its vision of a future UTM system without many of the central control functions featured in other UTM concepts.

“UAS are also moving at far slower speeds in their typical  operations, allowing time for collision avoiding courses to be exchanged among them locally,” says the paper.  “In addition,  multi-rotor drones, which currently account for the vast majority of civilian UAS operations, have the ability to stop forward motion and hover, if necessary.   These unique characteristics of UAS weigh in favor of on-board anti-collision technologies (OATS) as the  primary mechanism for collision avoidance, with network traffic planning only required in areas of high congestion.”

In another whitepaper on the electronic identification framework for small drones, DJI argued that rather than force drones to transmit identification information over wireless networks to a centralized server…. “an identifier, such as a registration number, together with position information about the drone, and perhaps some voluntary information if the operator wishes, is transmitted from the drone,  and is available to all receivers that are within range.”

“This localized approach is preferred to networked solutions, which raise a number of concerns. A networked solution requires network connectivity, most typically via mobile phone. There are various locations that lack reliable data signals, which would thwart the ID system, as well as provide an excuse to a non-compliant operator. A networked solution also inherently raises the possibility that all UAS operations will be tracked and recorded for future unknown exploitation, including enforcement quotas or business espionage. A networked system is also susceptible to system-wide hacking, or the creation by detractors of false entries of drone operations that do not exist.”