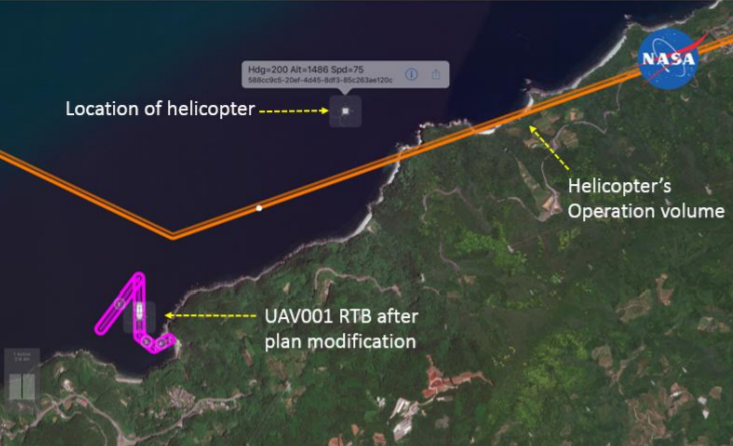 The results of the research has been highlighted by NASA UTM Project Chief Engineer Joseph Rios in a Linkedin post.

According to the introduction of the research findings:

“Since 2016, JAXA and NASA have partnered to investigate the safe and efficient integration of UAS in disaster relief operations. In October 2018, a flight test, which occurred as part of a large-scale disaster drill in Ehime Prefecture, Japan, successfully demonstrated that D-NET and UTM can contribute to the safe and efficient use of airspace by both manned and unmanned aircraft.”

“The flight tests conducted at the 2018 Ehime Prefecture disaster drill successfully demonstrated the application of UAVs to disaster response and showed they can safely cooperate with manned aircraft to improve response efficiency. Connecting two remote systems (D-NET and UTM) in real time validated the mobility of the concept. The benefit and applicability of UTM to the incorporation of UAV in disaster response efforts was also shown through data exchanges with D-NET and operators. Additionally, the integration of UTM enabled informed planning for safe operations and facilitated situation awareness, which are critical elements in disaster response environments. It was the first time to have a manned aircraft as a planned operation in UTM, a demonstration of concept and technology which went very successfully. The disaster drill flight tests also exposed some of the challenges for D-NET and UTM in disaster response applications. Finally, gaining an understanding of the ways in which operators would use the information from both manned and unmanned aircraft in such situations provided very valuable feedback for future development.”