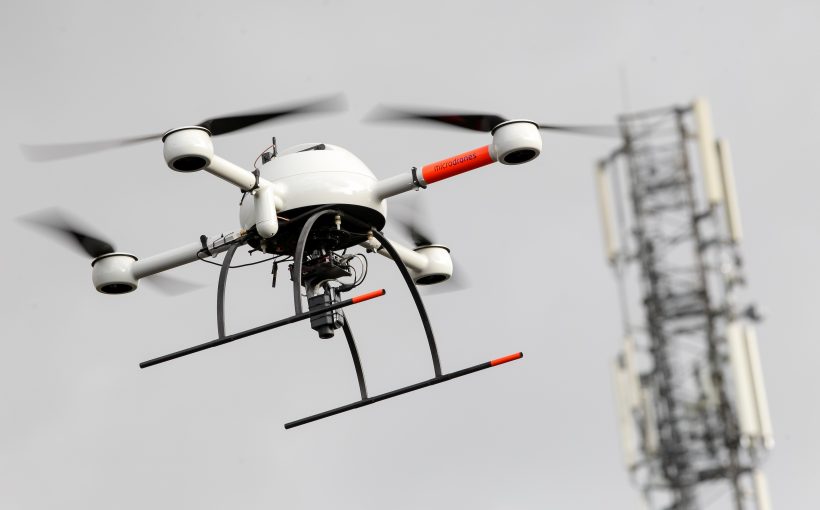 Germany’s air navigation service provider, DFS, and Deutsche Telekom have jointly developed a system to enable the safe and fair integration of unmanned aircraft systems into lower airspace. The technology is currently being tested in a diverse range of practical trials.

The system locates drones using the mobile telecommunications network and incorporates them into an air situation display. The technology has been developed especially for drones flown beyond their operators’ visual line of sight – for example, for control flights along pipelines, or for drones used in agriculture or in search and rescue missions.

Unmanned aircraft systems transmit their position data to the UTM system over the mobile network. For this, they are equipped with an LTE modem, a GPS module and a mobile transmitter. The UTM system creates an air situation display from these position data. The display shows any surrounding traffic and warns of conflicts. Prohibited areas, around airports for example, can also be included in the system.

The system can detect unmanned aircraft systems up to a height of 100 metres. An advantage of using telecommunication is that the mobile network provides complete geographical coverage.

The UTM system is based on the DFS multi-sensor tracker Phoenix, which was developed by DFS and is in use to display radar data for air traffic control. DFS adapted the tracker to correctly display the movement patterns of drones, which are significantly different to those of conventional aircraft.

Data from detection systems can be added, too, meaning the system could be used as the basis for counteracting intrusive drones.

DFS and Deutsche Telekom set up the research project in 2016 and have been working on a solution for the safe and fair integration of drones in airspace since then.