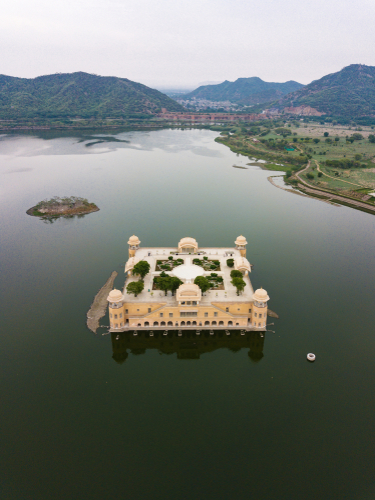 The Indian government has announced (http://pib.nic.in/newsite/PrintRelease.aspx?relid=183093) that from 1 December this year visual line of sight drone operations will be allowed up to a height up to 400 feet. But operators will have to register their drones and commercial operators will have to complete a certified pilot’s course.

The full provisions of the government’s new drone policy can be found here: http://dgca.nic.in/cars/D3X-X1.pdf.

The government has launched an app, the Digital Sky Platform, which will provide electronic registry and permission-to-fly information for drone operators. According to the government statement:

“Instead of simply digitizing a paper-based process for registering and operating drones, India has formulated an all-digital process. The Digital Sky Platform is the first-of-its-kind national unmanned traffic management (UTM) platform that implements “no permission, no takeoff” (NPNT). Users will be required to do a one-time registration of their drones, pilots and owners. For every flight (exempted for the nano category), users will be required to ask for permission to fly on a mobile app and an automated process permits or denies the request instantly. To prevent unauthorized flights and to ensure public safety, any drone without a digital permit to fly will simply not be able to take-off. The UTM operates as a traffic regulator in the drone airspace and coordinates closely with the defense and civilian air traffic controllers (ATCs) to ensure that drones remain on the approved flight paths.”

The following entities will not require a permit to fly:

Commercial drones will need to by type approved by the WPC Wing, Department of Telecommunication for operating in de-licensed frequency band(s).  Civil RPA shall require Unique Identification Number (UIN) from DGCA.UIN.

According to the government: “Drone Regulations 1.0 are intended to enable visual line-of-sight daytime-only and a maximum of 400 ft altitude operations. Air space has been partitioned into Red Zone (flying not permitted), Yellow Zone (controlled airspace), and Green Zone (automatic permission). Going forward, the Drone Task Force under the chairmanship of the Minister of State Shri Jayant  Sinhawill provide draft recommendations for Drone Regulations 2.0. These regulations will examine, inter alia, the following issues: