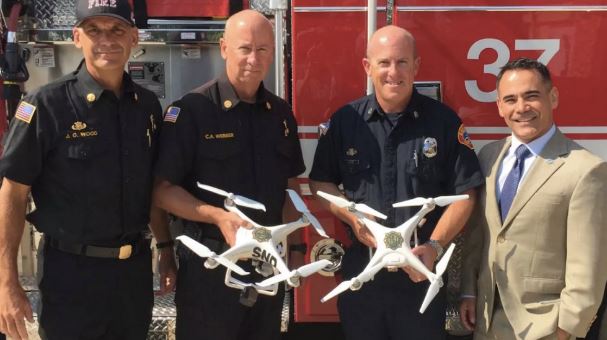 Cloud software provider Cape and the City of San Diego  (https://www.cape.com/blog/2018/8/8/capes-ipp-integration-pilot-program-selection-and-the-future-of-bvlos) have become one of the first UAS Integration Pilot Program (IPP)  partnerships to develop beyond visual line of sight (BVLOS) drone operations in an urban environment.

“Cape’s road to inclusion in San Diego’s IPP began with Captain Fritz Reber of the Chula Vista Police Department (CVPD). He had contacted Cape after learning about Cape Aerial Telepresence™ online. Cpt. Reber had a grand vision for the potential role for drones in daily police operations. His vision was in near perfect alignment with Cape’s own operational history and ambitions for the future. A natural collaboration between CVPD and Cape was established.  When the IPP application process was announced, Cape and CVPD agreed to partner with the City of San Diego in a collaborative application that would ultimately win the approval of the IPP selection committee.

“Over the course of the IPP, Cape plans to work directly with the CVPD and other public and private partners to demonstrate that BVLOS and urban operations can be conducted safely and efficiently to improve outcomes today utilizing Cape Aerial Telepresence™ technology. The new operational paradigm for the dispatch of public safety resources will significantly reduce the “eyes on scene” time and greatly increase situational awareness for responding officers. This will benefit the citizens of Chula Vista as well as the officers of CVPD by making more efficient use of resources and by increasing the safety of incident response.

“Using the “Cape Dispatch Model”, drone launch points will be placed strategically around the city of Chula Vista to provide maximum coverage and minimize response time. This will allow for a drone to be dispatched within 30 seconds after a call for service is received at the dispatch center. The drone, flying at nearly 40 mph, would arrive on the scene of the call and utilize Cape Aerial Telepresence™ to transmit a live feed to the dispatch center, responding officers, and the watch command. The drone effectively becomes the “first officer on the scene” that can provide critical real-time information in a fraction of the time it takes officers to deploy to the location currently.”