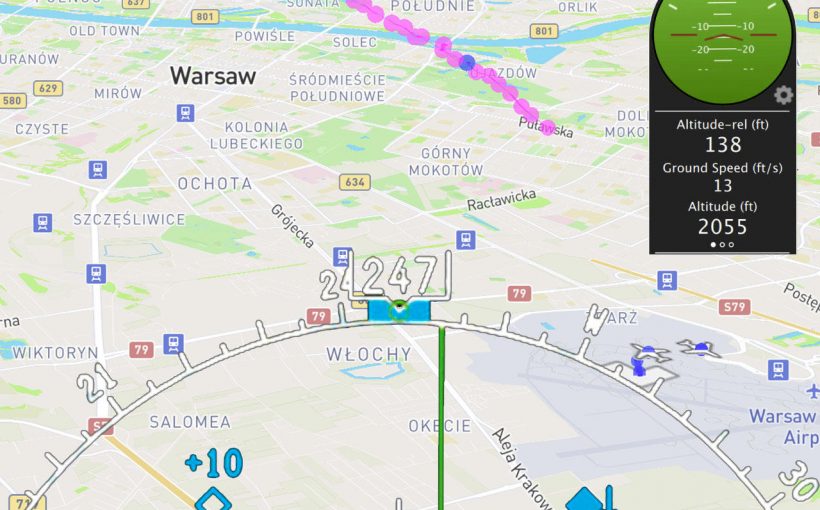 On 31 January new regulations regarding beyond visual line of sight (BVLOS) flights will become effective in FIR EPWW in Poland.

According to Polish UTM company DroneRadar, which with Hawk-E is an industrial partner for PansaUTM, the UTM system managed by the air navigation service provider the Polish Air Navigation Services Agency (PANSA):

: “After an in-depth analysis, hundreds of hours of consultations, the Polish CAA decided to issue a law that allows BVLOS flights in non-segregated airspaces. Until now, BVLOS operations have been generally treated as an IFR flights, with the level of training required from drone operators equal to the IFR rating. This approach, although probably seen by many as an excessive, was undoubtedly not propelling to the drone industry, in which hundreds or even thousands of flights are to be carried out automatically. The BVLOS Regulation published on January 2019 applies to unmanned aircraft with a MTOM below 25kg. BVLOS flights are entitled to entities that have received permission from the President of the Civil Aviation Office to perform such flights.

“An aircraft permitted to fly out of sight in accordance with the new Regulation must be registered in official registry of aircraft. The condition of operation must include:

“An aircraft must be equipped with adequate lighting and navigational elements in accordance with the regulations. It must have an emergency system defined and an automatically triggered emergency procedure, recording of flight parameters and should be equipped with a camera allowing observation of the unmanned aircraft’s environment to reduce collision risk with another aircraft or obstacle.

The table illustrates the minimum planning and flight requirements.