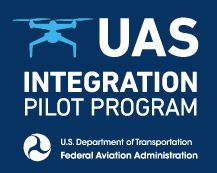 Insitu, a wholly-owned subsidiary of The Boeing Company, has announced that it is partnering with the University of Alaska Fairbanks (UAF) in the recently announced Federal Aviation Administration (FAA) Unmanned Aircraft Systems (UAS) UAS Integration Pilot Program (IPP).

Meanwhile Airbus Aerial has also been selected to provide its domain expertise in unmanned aircraft systems as part of a team of private-sector firms supporting the IPP initiative. Airbus Aerial is a member of the applicant teams for Virginia and for North Dakota, both of which have been selected for one of the ten IPP awards.

Launched just over a year ago, Airbus Aerial provides customized data and analysis of aerial imagery collected from drones, satellites, high-altitude aircraft and other sources. Its customers represent a range of markets, including insurance, public utilities and infrastructure. In Virginia, the IPP team is led by the Commonwealth of Virginia through the state’s Innovation and Entrepreneurship Investment Authority and the Center for Innovative Technology. The North Dakota IPP team is led by the North Dakota Department of Transportation.