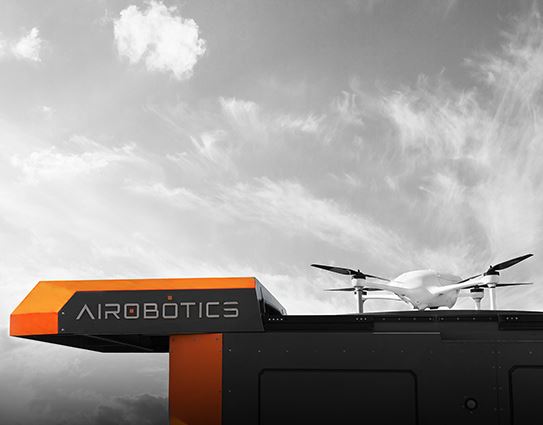 US automated drone startup Airobotics has announced that it has recently made Australian aviation history “by obtaining the nation’s first and only Civil Aviation Safety Authority (CASA) approval to operate automated multi-rotor drones from its Remote Operations Center (ROC) beyond visual line of sight (BVLOS) with no aircrew needed at the client site.”

Remote pilots are located within Airobotics Australia’s ROC, at a designated Remote Pilot Station (RPS), operating more than 1,000 km away from onsite systems at the customer sites. This new “man on the loop” level of operations enables human operators to supervise flights, but without requiring “man in the loop” pilots to intervene in flight operations, said the company.

Niv Russo, Airobotics’ Vice President of Aviation and Compliance stated: “This landmark approval is a major achievement for Airobotics and its future growth across Australia. Removing aircrews from potentially dangerous environments, like mines, enables customers to extract maximum value and reduce risk from their business operations by leveraging technology and automation. This progression marks the next step for Airobotics as we continue to break new ground in unmanned drone technology to deliver safer and more accurate, data-driven solutions.”

“The ROC approval sets a new benchmark for unmanned drone operations for the Asia-Pacific region, and given the technical complexity that has been overcome, is a real testament to our in-country capability,” said Joe Urli, Airobotics’ Director of Flight Operations and Chief Remote Pilot. “Airobotics’ unmanned drone platform significantly benefits our clients, providing them with operations that increase efficiency whilst saving operational costs and empowering flight crews to operate in secure locations hundreds of miles away from hazardous sites.”

According to the company, it became the first operators worldwide permitted to fly without a certified operator (certification from Civil Aviation Authority of Israel, March 2017, as well as certification from the US Federal Aviation Administration to fly in BVLOS mode above people,