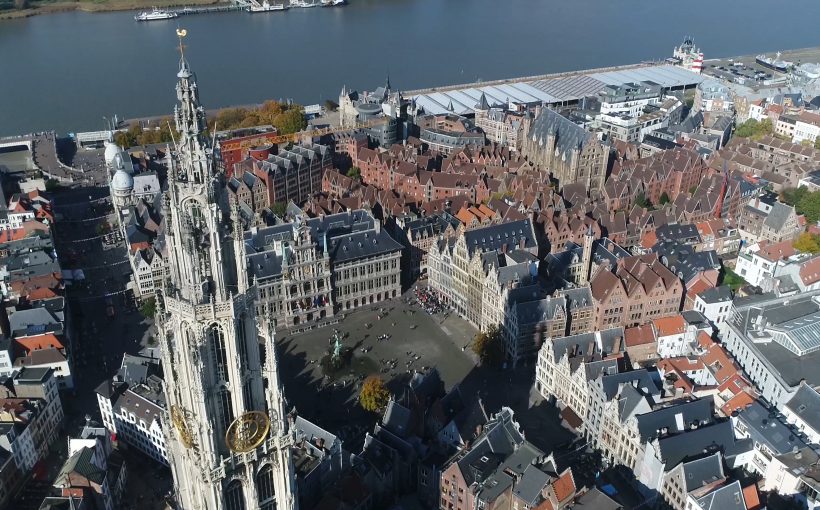 Antwerp has signed a Manifesto of Intent to join the the UAM Initiative (EIP-SCC), joining other European cities and regions including Geneva Hamburg, Ingolstadt, Gent, Plovdiv, Brussels and the Euregio Region (Enschede-Munster).

According to a press release: “Antwerp has stated its ambition to explore the potential of drones in an urban context. As a starting point, the feasibility of using drones for observation tasks by the local police will be studied. Specifically, the city of Antwerp and its local police will initiate a project definition aimed at developing an autonomous aerial imaging system with the ability to cover the territory of the city. In the development of the project, the city will also closely involve its quadruple helix partners (universities-businesses-citizens) and embed the initiative in its wider Smart City strategy.”

“This pilot project demonstrates Antwerp’s leading role in implementing innovative technology in Flanders. The potential of drones is huge,” said Mayor Bart De Wever. “Not only for our police force, but also for the fire brigade who can make use of thermal imaging to detect and prioritise seats of fire. Furthermore, drones could help identifying the most efficient alternative routes after traffic accidents, or may help emergency services to maintain visual control over festival crowds. The added value will be substantial. Drones will become a key tool in any comprehensive security policy and therefore we warmly welcome the participation of Antwerp in this Initiative”.

“The feasibility of implementing this solution will be studied in close collaboration with institutional partners such as Belgocontrol, Eurocontrol and the European Aviation Safety Agency (EASA).

Amongst other partners who have signed and support the Manifesto of Intent are the Antwerp Fire Department, the Federal Ministry of Transport, the Belgian Civil Aviation Authority, the Federal Police (Air Support), the Port of Antwerp, iMec, University of Antwerp, Drone Think Do, Droneport, EUKA, Helicus and Unifly. The list of interested partners is by no means closed. Following the signature of the manifesto, an official Kick-Off Workshop will be organized in October 2018 to detail next steps and attract new interested partners.”