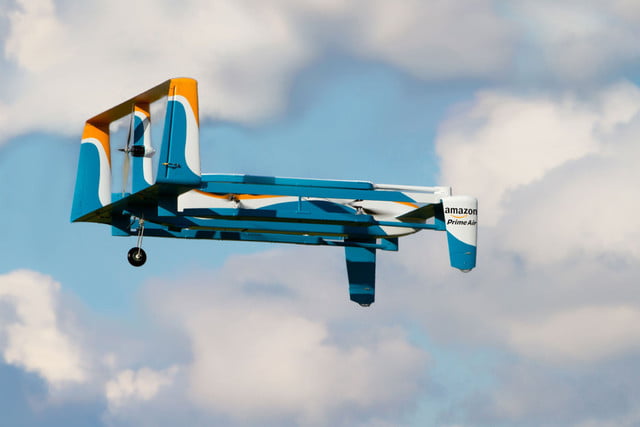 Digital Trends magazine (https://www.digitaltrends.com) reports that Amazon is researching an innovative system that would cause a drone to disintegrate in flight if the platform ran into difficulties, such as a sudden change in the weather affecting the drone’s rotor system, flight control computer, battery, flight sensors or other components  The publication says the U.S. Patent and Trademark Office has granted a patent this week for “direct fragmentation for unmanned airborne vehicles (UAVs),” describing how a malfunctioning drone could dismantle itself in the sky after assessing the conditions on the ground.

“The fragmentation sequence includes a release timing and a release location to fragment away (e.g., release, drop, jettison, eject, etc. away) one or more UAV components in case the flight operation of the UAV is disrupted,” the company says in the patent.

According to the reports: “Amazon says the fragmentation sequence would happen automatically, and that depending on which parts of the drone are jettisoned, “the weight, speed, air drag coefficient, and other factors related to the UAV can be altered.” This suggests that the drone wouldn’t always completely disintegrate. Rather, it would in some situations only eject the parts causing the problem if it allowed the damaged drone to make a safer landing.”