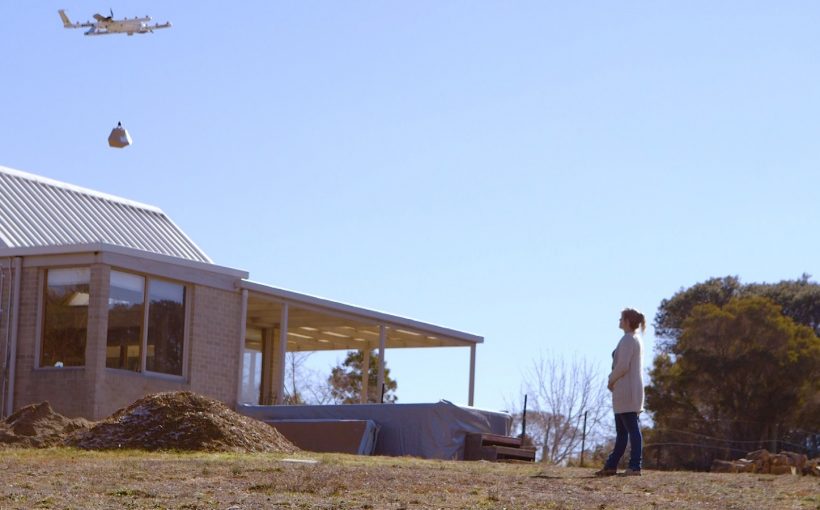 Alphabet’s Project Wing is trialling merchant deliveries in Australia. The test market is Queanbeyan, South Eastern Australia, where two merchants have signed up for delivery-by-drone services:  Guzman y Gomez, a Mexican food chain, and Chemist Warehouse, a chain of pharmacies. These companies will receive orders from test consumers, who’ve purchased items using the Project Wing app on their smartphones. Project Wing’s drones will then fly out and make the deliveries.

“Project Wing chose the Australian market for several reasons: the drone laws and regulations are well set up and more lax than in many other countries…. (and) the typical distances that consumers have to travel to go to the store are quite large so drone deliveries offer a clear time-saving benefit.”

The drones used by Project Wing are custom designed with 12 propellers for vertical lift and two larger ones attached to two small wings for forward propulsion. They can reach speeds of up to 75 mph while carrying a load.

“The burritos, or whatever else is being delivered, hang underneath the drone in a somewhat aerodynamic recycled carton box. When the drone arrives at the delivery location, it doesn’t actually land. Instead, it simply lowers the package and releases it. This hoisting system is a smart solution as it minimizes the risk of people interfering with the drone intentionally or unintentionally. It also reduces the noise levels on the ground. The drones are quite a bit larger than the typical consumer drone you are used to seeing by the way,” says the company.

“Project Wing’s flight planning, and navigational software pre-plans the ideal route before the drone takes off. When it arrives at the location, GPS and sensors scan the area to find the perfect drop-off location. It is important to make many test flights to train the software to correctly identify obstacles such as trees, fences and backyard playsets. Even more so because most consumers prefer to take delivery in the backyard so that the package is less visible from the street.”