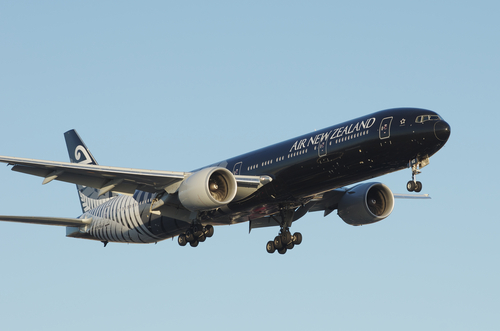 Pilots operating Air New Zealand flight NZ092 from Haneda, Tokyo encountered a drone estimated to be just five metres away from the 777-200 aircraft during its descent into Auckland, according to the airline.

“The incident is the second example of reckless drone use potentially endangering passenger safety this month, with flight operations at Auckland Airport halted for 30 minutes on 6 March when an Air New Zealand pilot reported a drone within controlled airspace,” said the airline.

“NZ092 was just metres away from a serious incident on Sunday. The pilots spotted the drone at a point in the descent where it was not possible to take evasive action. It passed so close to the incoming aircraft that they were concerned it may have been ingested into the engine.”

An inspection of the aircraft has shown that the drone did not go into the engine, but Captain Morgan says – “It’s clear the time has now come for tougher deterrents for reckless drone use around airports to safeguard travellers, including imposing prison terms in the case of life-threating incidents.”

Under current regulations, individual drone operators who breach Civil Aviation Rules can receive a fine of up to NZD5000.

Captain Morgan says Air New Zealand is committed to pushing for tougher and more consistent penalties to raise awareness of the regulations around drone use and the potentially serious consequences of breaching them.