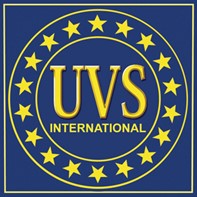 According to a statement announced on January 24, 2021:

“Since its start in 1995, UVS International’s principal objectives have been to promote:

“It placed a strong emphasis on the necessity of harmonization, the involvement of all stakeholders in the multipolar aviation environment, and on making the relevant pertinent information available to all. Proudly European, UVS International played a key pioneering role on the international stage, contributed to regulatory awareness creation in many countries, and participated in many national, European and international UAS-related initiatives, working groups, panels and commissions.

“After 25 years, UVS International has now, unfortunately, come to the end of a challenging, but wondrous & adventurous journey. Due to chronic liquidity problems, the association has been forced to file for liquidation; it will cease all activities on 31 March 2021.

“Together with its members, and many other stakeholders, UVS International has travelled over a long and unchartered road through the aviation regulatory landscape. It has contributed to redefining this landscape, and to making the European UAS regulation a reality. UVS International and its Board of Directors are proud of the association’s contributions. All association members, current and past, are thanked for making our common journey possible, useful and productive.

It was an honour to serve the UAS community and a rewarding experience to contribute to bringing its ultimate goal within reach. May you all fare well – Fly safely. Cordial regards, Peter van Blijenburgh.