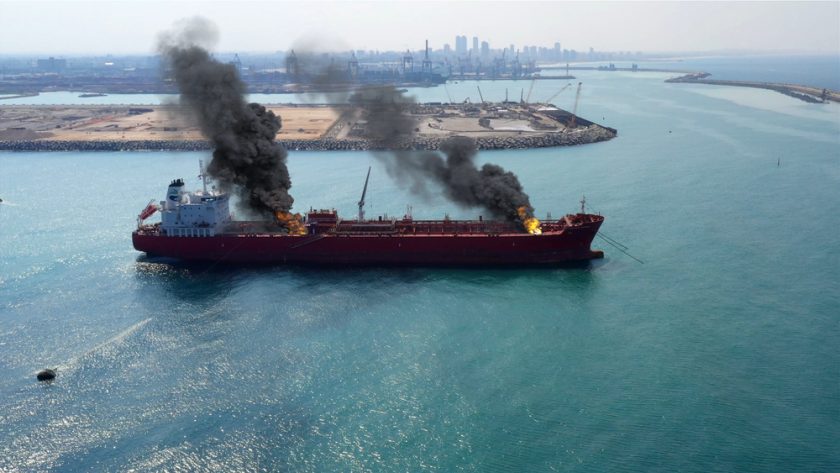 “Upon review of the available information, we are confident that Iran conducted this attack, which killed two innocent people, using one-way explosive UAVs,” US Secretary of State Antony Blinken said in a statement of 1 August 2021, following an attack on an Israeli-managed petroleum product tanker off the coast of Oman on Thursday that killed a Briton and a Romanian.

“There is no justification for this attack, which follows a pattern of attacks and other belligerent behaviour,” said the Antony Biden. “These actions threaten freedom of navigation through this crucial waterway, international shipping and commerce, and the lives of those on the vessels involved. We are working with our partners to consider our next steps and consulting with governments inside the region and beyond on an appropriate response, which will be forthcoming. “

Iran has denied it carried out the attack. Iranian Foreign Ministry Spokesman Saeed Khatibzadeh “slammed baseless allegations by the Zionist regime against Iran regarding attack on tanker.”

According to Associated Press, the strike Thursday night on the oil tanker Mercer Street marks the first-known fatal attack after years of assaults on commercial shipping in the region linked to tensions with Iran over its tattered nuclear deal. While no one has claimed responsibility for the attack, Israeli officials alleged Tehran launched the drone strike.