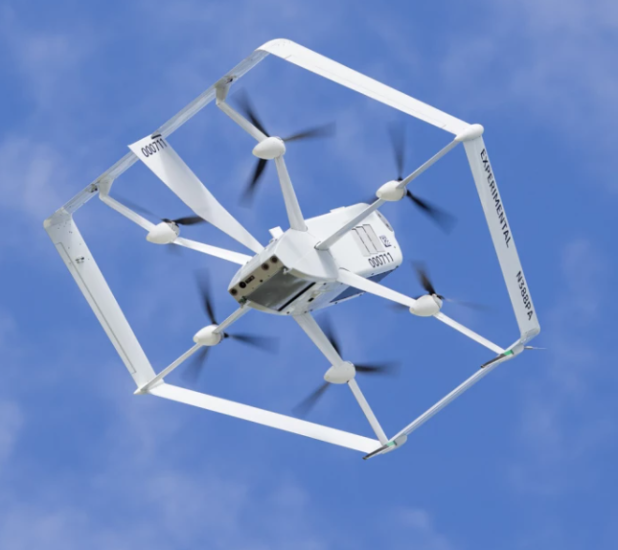 The US Federal Communications Commission has granted permission to Amazon Prime Air for drone testing over the next two years using millimeter-wave spectrum, reports RCR Wireless. The company, which plans to launch drone delivery in two cities this year, wants to conduct testing at three other US locations.

Amazon requested that most of the details of its Special Temporary Authority permit be kept confidential, citing competitive concerns. But a few points remained public: Amazon Prime Air wants to test the use of mmWave spectrum at 60.86-62.78 GHz, using a transmit power of 100 mW. It intends to have 54 sites in a 130-mile radius in the Seattle area, six within 130 miles of San Bernardino, California and 39 sites within a 130-mile radius around Tracy, California, according to its filing, says RCR Wireless.

In its request for supporting documents on its experiments in the spectrum to be handled confidentially, the company wrote, “Amazon Prime Air is submitting the information in support of its request to begin experimental testing. This authorization is necessary for Amazon Prime Air to effectively test and develop its drone systems and other new technologies.”

The STA extends from until September 2024.

RCR Wireless reports: Amazon first announced its drone delivery program in late 2013 and predicted the service could be ready within five years. But it has taken until this year for the company to get to the verge of actual launches; it says it has gone through a number of prototype designs as well as earning an air carrier certification from the Federal Aviation Administration. This summer, Amazon announced that its first location for drone deliveries would be in the rural town of Lockeford, California; in mid-July, it followed up with news that College Station, Texas would also have a drone delivery service this year. Amazon didn’t give specific dates for service to begin in those locations, but said that it would start “later this year.”

The company told the Washington Post in June that it had begun reaching out to residents within a four-mile radius of its Lockeford site to enlist customers who wanted to try the drone delivery service. “Those who sign up will be able to choose from a selection of items under five pounds being stored at a small nearby warehouse. The drones, which are 6.5 feet wide and almost 4 feet tall, are supposed to drop the packages on a predetermined spot from a height of about four feet,” the Post reported.

“It’s relatively easy to use existing technology to fly a light payload a short distance that’s within your line of sight, but it’s a very different challenge to build a network that can deliver to customers across large communities,” Amazon said in a blog post on the drone delivery service, adding that customer feedback from its early deployment sites will help it to efficiently and safely scale the service.