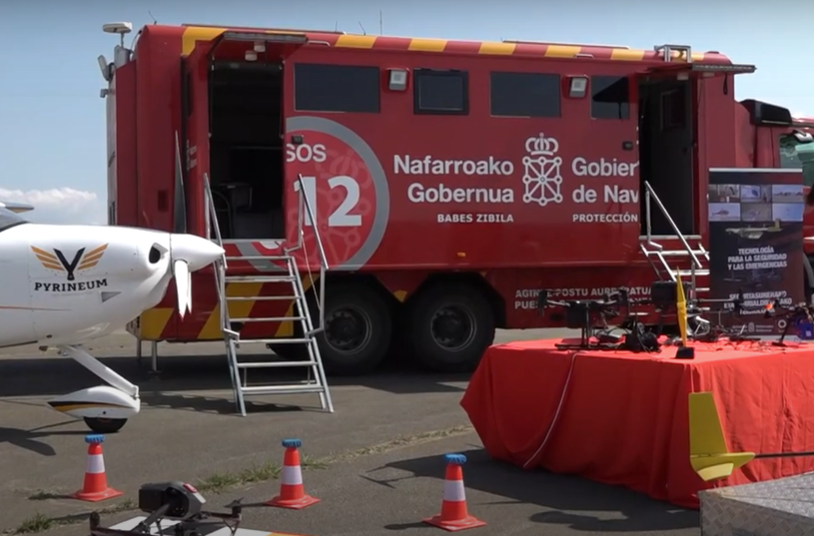 The ‘U-Space Navarra’ project, promoted by the General Directorate of the Interior, brings together FuVex (a long-range drone company), UPNA, Naitec, Naturgy and Sistemas de Navarra, as well as Civil Protection and Emergency teams, the Provincial Police and Firefighters within a public-private consortium.

Flights will be coordinated at the Pyrineum International Flight Center, in Lumbier, a drone test centre, “turning the Foral Community into a strategic space for testing and the implementation of this new technology applied to emergency care: rescue, fire extinguishing, traffic management, location of people or inspection of critical infrastructures,” according to local authority press statement.

“Drones are already a common tool in critical operations carried out by the Foral Police, Firefighters, Civil Protection and Emergencies of Navarra. To coordinate the actions of various devices, the U-Space project, led in Spain by ENAIRE, develops an automatic traffic management system in a safe and efficient way with the rest of the airspace. The first use case of this coordination operation in Navarra will consist of drones conducting inspection flights of a power line (controlled from a remote command station) in a contiguous area where Foral Police or Firefighters drones respond to an emergency. The U-Space system would allow the line inspection drones to evacuate the emergency area in a coordinated manner with the drones of the Foral Police or Firefighters, without compromising the operation.

“In addition, this summer innovative systems to search for missing persons have been put to the test and, in the coming months, we will collaborate in the implementation and deployment of the necessary software for the on-site coordination of the manned and unmanned aerial means that they intervene in emergencies outside airport spaces.