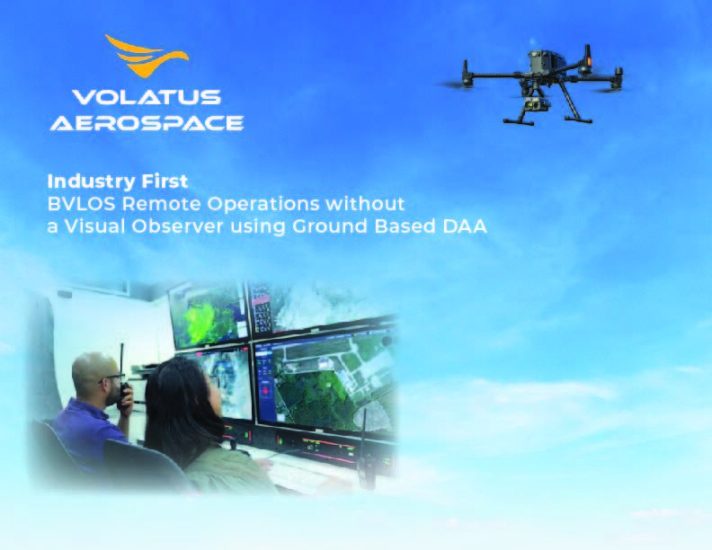 Volatus Aerospace reports Special Flight Operations Certificate (SFOC) from Transport Canada to conduct Beyond Visual Line of Sight (BVLOS) service without a visual observer using a ground-based detect and avoid (DAA). Volatus says this is a key milestone in the commercialisation of its Aerieport nesting station and a necessary and important step toward commercializing drone technologies at scale in Canada.

“An SFOC is an authorization, usually on a one-time, single location, or risk level basis given by Transport Canada to operate above and beyond current regulations,” explained Richard Podolski, VP of Flight Operations for Volatus Aerospace. “It’s a very well regulated and safety-oriented method for developing new functionality in an industry or accomplishing what nobody thought to write rules for.”