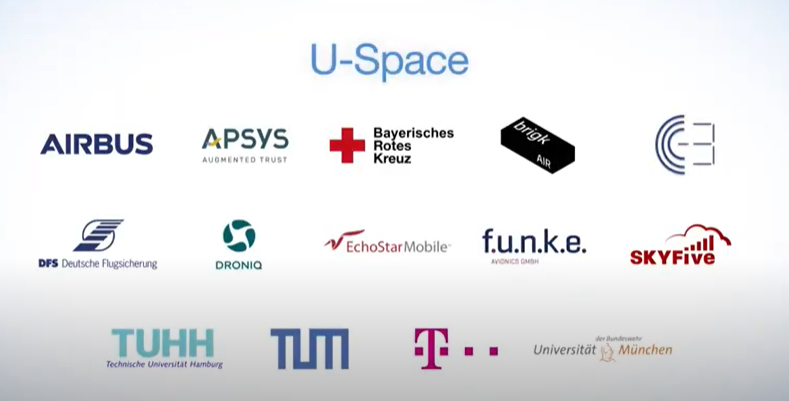 Airbus launched the Air Mobility Initiative (AMIUS) in 1Q22, in partnership with major stakeholders in unmanned aerial mobility, regional government and academic institutions. The initiative, which is supported by the Free State of Bavaria and the Federal Republic of Germany, has begun a series of research projects aimed at making urban air mobility within and between cities a reality. The joint projects are centred around three main areas: electric vertical take-off and landing (eVTOL) aircraft, unmanned traffic management (UTM) services, airport & city integration including vertiports.

In a first step, the AMI partners are addressing the technological, infrastructural, legal, and social prerequisites for the future implementation of advanced air transport. Subsequently, the knowledge gained will be carried through a demonstration project under real conditions with eVTOLs.

This involves investigating how a U-Space based on digital services can integrate today’s air traffic with future deployment scenarios of Unmanned Aircraft System (UAS) and electric Vertical Take-Off and Landing aircraft (eVTOLs) in a common airspace. The AMIUS project is developing the first long-term Bavarian U-Space test environment.

Airbus is leading the vehicle stream together with Diehl Aerospace, University of Stuttgart and other partners. The UTM activities will deal with the safe and efficient flight of vehicles on their routes in and outside cities. This area is being advanced together with Droniq, Airbus, f.u.n.k.e. Avionics, SkyFive, BrigkAir, DFS, Telekom, Universities from Munich and Hamburg and other partners. Through the vertiport activities, AMI will work on take-off and landing sites for the aircraft as well as their integration into airports and cities. Munich Airport, Deutsche Bahn, Bauhaus Luftfahrt, Airport Nürnberg, Universities of Ingolstadt and Munich are responsible for this topic.

Work on the individual AMI projects began in January 2022. Demonstration flights are due in the region around Ingolstadt. The initiative is funded with a total of EUR17 million from the Free State of Bavaria and EUR24 million from the Federal Government. Together with the industry’s own funds, this results in a total activity of EUR86 million over a period of three years.