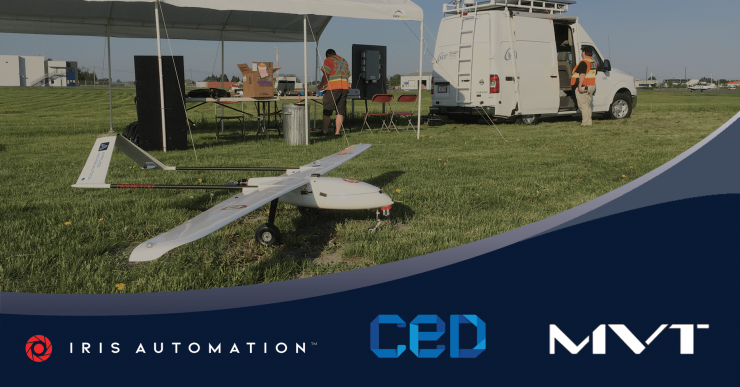 According to an Iris Automation press release, under this SFOC, MVT, the UAS Center of Excellence (CED Alma), and Iris Automation will partner to conduct commercial missions over linear power lines in Alma, Quebec. Approval was granted to include the utilization of Iris Automation’s DAA system Casia, which provides commercial drones with automated collision avoidance manoeuvres.

These flights will mark the partnership’s first BVLOS flights outside of the CED Alma test range that will leverage onboard DAA for air risk mitigation and does not require ground-based visual observers or radar. It is the second BVLOS waiver the partnership has secured in Canada, with the first waiver being limited to flights within the center of excellence’s controlled airspace.

Obtaining this Special Flight Operations Certificate (SFOC) is a first in Quebec,” explains Mr. Alain Fortin, President of the UAS Center of Excellence. “As a Canadian pioneer in the civil and commercial RPAS industry, Alma’s CED is proud to have contributed to the development of technologies and skills that speed up the advent of safe and well-integrated BVLOS flight in Canadian airspace.”

Resulting flight missions from this approval will help inform more complex commercial operations in the future.