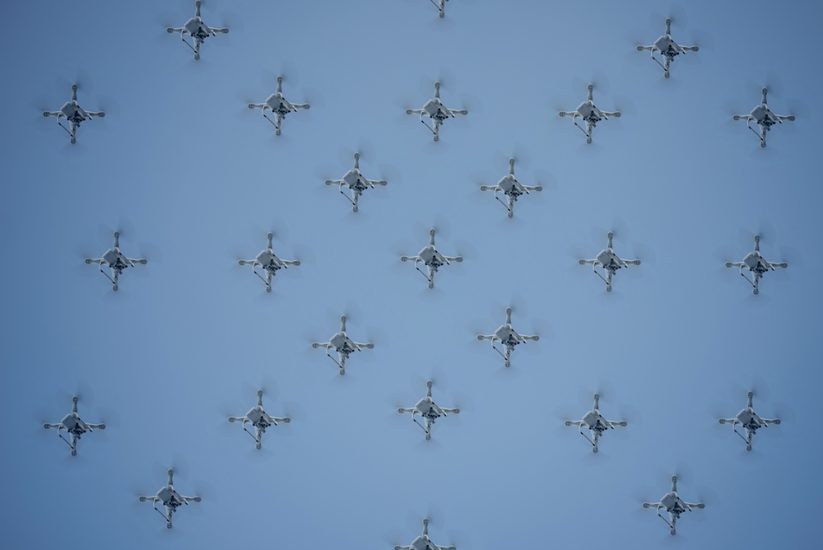 Flight Global reports that Congress believes the US military needs to find better ways to combat drones on the battlefield.

According to the news report, lawmakers think the Department of Defense (DoD) needs to pay more attention to the threat posed by so-called swarms of cheap, commercially available drones, and develop technologies to counter them.

“The 2023 National Defense Authorization Act (NDAA), which governs DoD policy for the coming year, directs the Pentagon to conduct an investigation into how swarms of unmanned aerial systems (UAS) could be used by Russia, China, Iran, North Korea and non-state groups to endanger US military facilities. While individual drones are typically remotely piloted by a human operator, swarms concepts feature dozens of small aircraft flown and controlled by artificial intelligence, with minimal input from a human overseer.

“The 2023 NDAA passed by Congress on 15 December pays special attention to the threat of drone swarms, directing the Pentagon to conduct “analysis of the national security implications of swarming technologies such as autonomous intelligence and machine learning”. If the bill is signed into law by President Biden, DoD leaders would also be required to develop technical systems to counter such swarms and incorporate such a capability into the department’s existing military strategy.

“Although UAS manufactured specifically for military use have been an important force on the battlefield for the past two decades, consumer quadcopters and other commercial-off-the-shelf drones have proliferated into war zones in recent years. Both the 2020 Nagorno-Karabakh War between Armenia and Azerbaijan and the ongoing Russo-Ukraine War have featured heavy use of such platforms for reconnaissance and intelligence gathering, artillery spotting and even modified offensive operations using after-market modifications. Such platforms are typically too small and slow moving to be countered by traditional air defence systems. The concept of massing a large number of small, difficult-to-kill drones holds particular appeal to military planners.

“The US Army and the Defense Advanced Research Projects Agency (DARPA) are both exploring how such swarms can be used for battlefield tasks including surveillance, signal transmission and minefield emplacement. The head of US Special Operations Command in August described cheap and widely available UAS as having the potential to disrupt the global military order,” reports Flight Global.