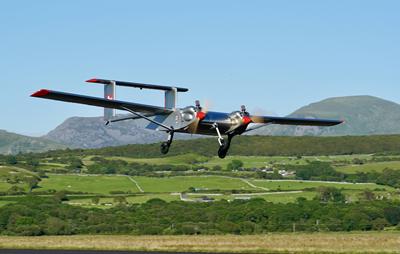 A new trial is due to test the use of drones to transport medical supplies across the Solent to support the response to the COVID19 pandemic. The trial is part of the Solent Transport Future Transport Zone (FTZ) project by the Department for Transport. It will use a UAV drone designed and built by the University of Southampton for Windracers, to transport medical supplies to St Marys Hospital from the mainland via the Solent Airport.

Solent Transport, in partnership with the University of Southampton and Windracers is advancing part of its four-year drone project, which will look to develop an air traffic management system to oversee the safe movement of both manned and unmanned aircraft in shared airspace.

Various types of unmanned aircraft will be trialled to see how these could improve the movement of medical supplies between the three hospitals in Hampshire – Southampton General Hospital, Queen Alexandra Hospital in Portsmouth and St Mary’s Hospital on the Isle of Wight. The project intends to increase efficiency, reduce costs and transportation time of medical supplies between NHS locations.

The project will involve a Windracers ULTRA UAV drone flying between the Isle of Wight and the mainland and will provide an additional way for supplies to reach the island.

The, drone is a large, double engine, fix winged device with a carrying capacity of up to 100kg in a space around the size of an estate car boot. In the initial operation it will be carrying loads of not more than 40kg and the type of cargo will depend on the needs of the hospital and subject to permissions granted by the Civil Aviation Authority.

Councillor Jacqui Rayment, Southampton Cabinet Member for Place & Transport and Chair of Solent Transport Joint Committee said, “We are very excited to support this ground-breaking trial of aerial drone delivery of medical supplies, which will help improve access to healthcare and save lives.”

Councillor Ian Ward, Cabinet Member for Transport at Isle of Wight, said “I am delighted that the Solent Transport, partners of which we are one, have worked together DfT and the University, at such speed to make this something that can support Island, its community and most importantly the NHS in these difficult times”.