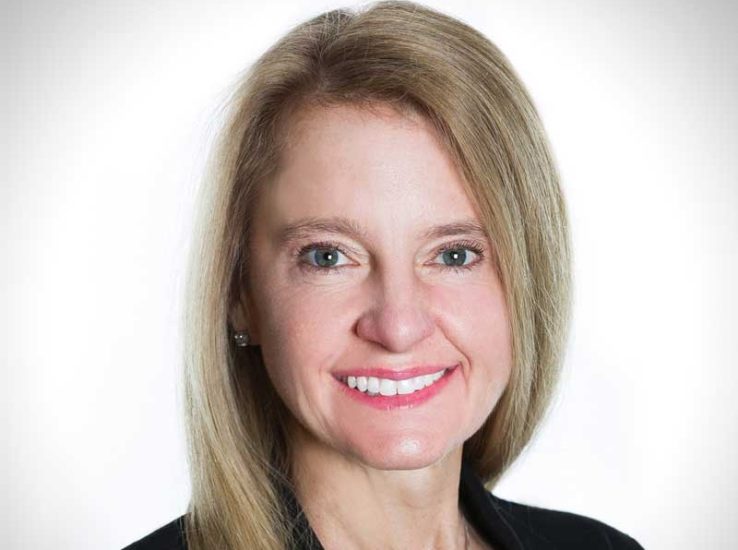 How do you see the drone industry evolving over the next few years?

War without drones no longer exists. In war, drones can be defensive and offensive. They are most commonly used for reconnaissance, precision targeting assistance and actually dropping artillery or acting as a bomb themselves. On the commercial side, we haven’t imagined yet all the things that drones will do for us, but we are starting to see the beginnings of it in every single industry you name.

We’re seeing some other trends emerge that are becoming clear. In airports, emergency response, prisons, and places of mass gatherings you see the productive use of drones being adopted, as well as this reality awakening that more counter-drone measures will be required.

Ukraine especially has shown that the biggest threat at the moment is from commercial, off-the-shelf drones for nefarious purposes – so what’s the most cost-effective way and fool-proof way of providing a reliable, scalable defence against that?

There have been a lot of snake oil salesmen working around this problem. Axon, the largest provider of law enforcement equipment to police departments around the world, looked for a counter-drone solution and the company put everybody through the wringer. They asked us to do a net promoter score across our customer base, and we got a 79, which is world-class.

There are so many companies working in this space – how and when do you see consolidation happening? How do you decide which niche capabilities to develop and how to partner with, or acquire, parallel technology suppliers?

Convergence is beginning to happen as the market sees whose systems really work.

Ultimately customers are looking for a solution that can take in many different capabilities, whether it’s the acoustics for GPS drones or radar for detecting a kamikaze drone.

We have developed a solution that can take in all these different capabilities and goes to the heart of the command-and-control function. We agree that the customer needs just one picture, which is why we are opening up our APIs within the Open Service Gateway Initiative (OSGi) framework, creating a single command-and-control solution.  As a result of specific airport requests, this can now incorporate ADS-B.

In terms of the capability to identify, track and mitigate, how has that improved over the last few years and how will it improve into the future?

With identify and track our ranges have increased exponentially. Our accuracy has always been there but one of the biggest gamechangers is that we have continuously added to our library of drones so we now have nearly 300 different drone models that we now identify and track.

Another major gamechanger is the development of our artificial intelligence, machine learning (AIML) engine, that we are continuously developing, as well as our integration capability.

So the two are integrated. Our RADA radar can detect a bird flying 300 metres away and now with our AIML engine we can be very accurate in differentiating between flying objects. It’s this increase in accuracy that’s been afforded not just by better RF listening but by this AIML technology and by sensor integration capability.

The big question on the mitigation side, I think, is going to be, how do you mitigate swarm attacks? We have all these cool things like the net gun or the takeover but it’s hard to see how these work against a swarm. If you’re truly nefariously intended, you’re going to send in more than one drone and kinetic systems break down in a swarm situation. So, that’s why we have worked on a jammer solution that can address the swarm problem.

But jammers cannot be used everywhere – in areas such as an airport, their use is very restricted.

In the USA, UK and most countries, the federal government has made clear that jammers can only be used in extreme situations. The innovation that is coming around the corner is precision-jamming.

The key is to avoid collateral damage, and that has to work on two fronts. The first question is: what frequency are you jamming? You can narrow that range dramatically. Second, our Dronedefender has a 30-degree cone but most jammers are 360 degrees. The greater precision goes a long way to address the collateral damage issue.

What do you think we’ve learnt from Ukraine?

The Western World has learned from Ukraine – and the earlier Azerbaijan-Armenia conflict – that drones are a part of warfare. They’re here to stay. But they will be used by both sides and I think people are much more aware of the vulnerabilities in using cloud-based systems on the battlefield, as a result of these conflicts.  And the third thing is that mobility is incredibly important.

As a counter drone manufacturer we have addressed the mobility capability, offering our customers a complete air-gapped, “off-prem” system that operates beyond any cloud. Just the soldier in the field, with a computer, a sensor and a mitigation capability as a standalone, unique pod, that can operate effectively.

We’ve come a long way to a place where counter drone solutions have evolved from mainly fixed site protection.

And the size of the overall market, how has that increased over the last couple of years and how will it grow in the future?

It’s growing exponentially. If something truly nefarious were to happen, and I sincerely hope it doesn’t, I think we’d see another bump, because all these large stadiums and mass gatherings will need protection. Every law enforcement agency might soon need this capability and then I think you will really see the market start to take off.

We have now had the first drone-based terror attack on US soil when terrorists tried to disrupt the Pennsylvania State electrical grid.  Again, as at London/Gatwick, nothing happened. It was a failed attempt. I think the reason you’re seeing the uptick is because law enforcement is now more widely using drones and thinking about what drones can do.

In war, drones can be defensive and offensive. They are most commonly used for reconnaissance, precision targeting assistance and actually dropping artillery or acting as a bomb themselves.