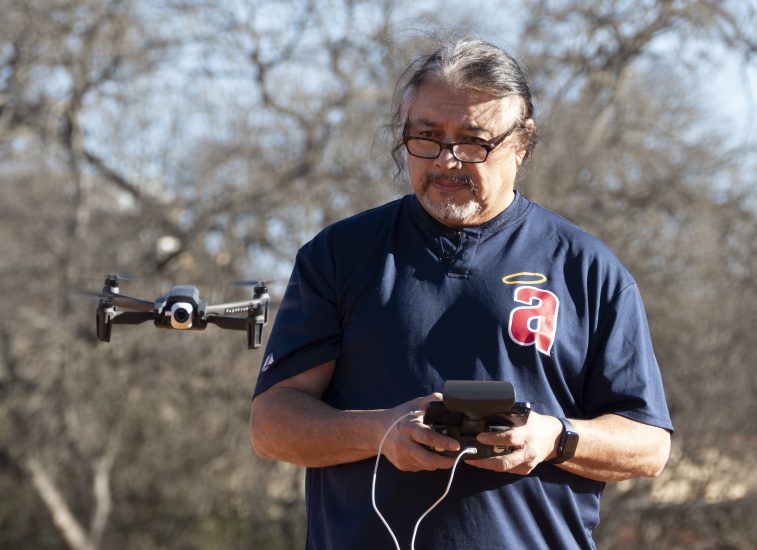 The National Press Photographers Association (NPPA) has won a lawsuit brought in 2019 that challenges Texas’ stringent drone restrictions. NPPA challenged the law after members experienced problems using drones for newsgathering in the state. When the law was first proposed in 2013, NPPA urged the legislature to reject the bill which amounted to a broad ban on drone use for a wide range of purposes that included journalism. In his ruling, District Judge Robert Pitman enjoined the Texas Department of Public Safety and the Texas Highway Patrol from enforcing Chapter 423 of the Texas Government Code, reports the NPPA.

“Among other incidents, NPPA member Brandon Wade, a Dallas area freelancer, was denied permission to fly his drone to document a publicly funded construction project based on the law, and NPPA member Billy Calzada, a staff photographer at the San Antonio Express-News, was threatened with arrest after photographing the aftermath of a fatal fire with his drone. Both incidents were cited as examples of the impact that the law had on journalists. NPPA was joined in the lawsuit by the Texas Press Association and freelance reporter Joe Pappalardo.

“In his opinion, Judge Pitman held that the process of creating photographs and video via a drone “finds just as much protection in the First Amendment as the images themselves do.” In doing so, he noted that “[a]pplying the Constitution’s protections to new technological contexts is far from a novel exercise.” Accordingly, the judge found that “as a matter of law, use of drones to document the news by journalists is protected expression and… implicates the First Amendment.” As content-based restrictions—meaning that the content of the image determines its permissibility—the various provisions in the statute were held to be presumptively unconstitutional, and were analyzed under a process called strict scrutiny. Applying this standard, the court determined that that the law was not actually necessary, and not narrowly tailored to achieve the purported interests asserted by the state. The court also held that the statute’s use of the terms “surveillance” and “commercial purposes”—neither of which are defined in the statute—renders the law void for vagueness.”

The challenge to the law was also supported by an amicus briefs submitted by the Texas Broadcasters Association and the Reporters Committee for Freedom of the Press. Earlier in the case, the Association for Uncrewed Vehicle Systems International (AUVSI) and the Consumer Technology Association (CTA) also filed an amicus brief in support of NPPA’s position.