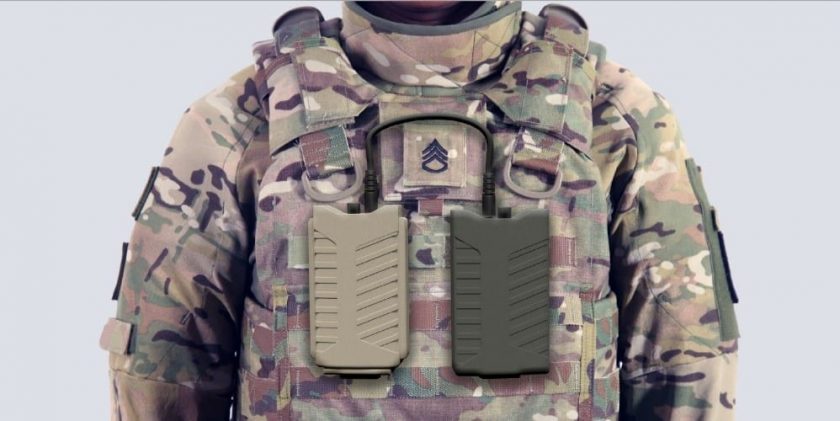 According to Asaf Lebovitz, the company’s VP sales the upgrade was made to allow the systems to be efficient against more versions of drones. “We are about to demonstrate the system to an air force in Asia and the timing depends on the pandemic,” he said. The Israeli army and police are also considering the purchase the company’s personal anti-drone systems.

The growing threat posed by hostile UAVs and the need to neutralize them from a safe range has resulted in a race to create personal devices to curb unauthorized drones, products that were previously only installed on vehicles. Skylock’s wearable system weighs only 1.5 kilograms – the RF detector weighs 730 grams and the jammer weighs the same – and has already been sold to the US Army and NATO forces. According to Skylock, the system, which is worn like a vest, is capable of neutralizing any drone within one kilometer of the device.

According to the company’s VP the RF detector scans a sector of 270 degrees in front of the person wearing the system. The system allows special units to neutralize enemy attempts to detect the soldiers by using drones “The operator of such a drone will not get any warning the drone is jammed,” said Lebovitz.

Another growing market is luxury yachts used by celebrities who don’t want to be expose to paparazzi photographers using drones.

The wearable system has been developed in cooperation with Danish company MyDefense, with systems tailored to each customer.