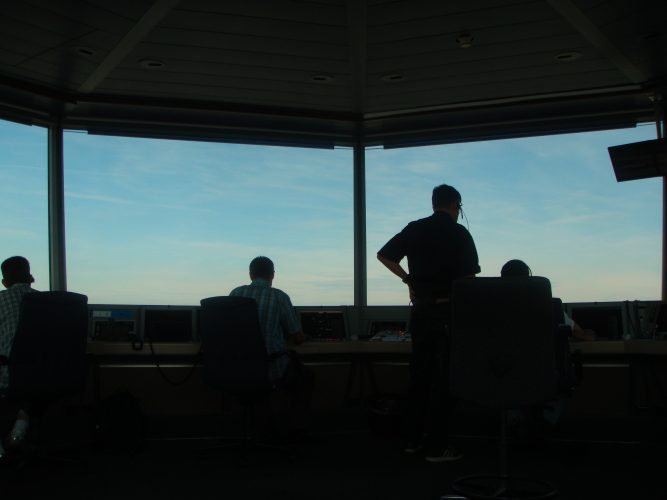 World ATM Congress Skyguide, the Swiss air navigation service provider, and AirMap, have announced the launch of a trial phase for automated flight authorizations and other U-space services for integrating drones into the Swiss national airspace.

As part of the trial phase, select drone operators in Switzerland can request automated and manual flight authorization to fly in two airspaces controlled by skyguide (CTR) in the cantons of Lugano and Geneva through the skyguide U-space mobile application, provided by AirMap, as well as AirMap APIs integrated in third-party applications.

According to a company press release: “The skyguide automated and manual flight authorization service builds upon experience gained with the Federal Aviation Administration’s (FAA) successful Low-Altitude Authorization and Notification Capability (LAANC) program. Commercial drone operators in the United States can use the AirMap mobile application to request ATC authorization to fly in controlled airspace within seconds. The trial phase announced today represents the first instantiation of a fully automated digital authorization service for drone flights outside of the United States, similar to FAA LAANC.

“The trial phase enables us to gain vital information and experience with selected users live in the field and therefore to make sure that this pioneering system is running smoothly and reliably when launched in June,” stated Robert Fraefel, U-Space project lead at skyguide.

The trial phase will also test U1, U2 and some U3 services including E-registration, E-identification, Pre-tactical geofencing, Flight Planning, Real time Traffic and Tracking, Dynamic Geofencing, Communications and Emergency services, and more powered by the AirMap UTM Platform and integrated into skyguide infrastructure for fully operational drone traffic management.

“Digital and automated airspace authorization is a critical enabler for scaling high-value drone operations,” said Ben Marcus, AirMap co-founder and Chairman. “We’ve experienced this first-hand through our work with the FAA in the United States, and we are proud to be working with skyguide to bring this capability to the Swiss drone community.”

Matternet, is one of the operators participating in the trial. Today, Matternet and Swiss Post, the national postal service of Switzerland, use drones to transport time-sensitive medical laboratory samples beyond visual line-of-sight (BVLOS) between two hospitals in Lugano, supported by Swiss U-space.

Together with the Federal Office of Civil Aviation (FOCA) in Switzerland, skyguide and AirMap have developed the Swiss U-space reference architecture, which was contributed to SESAR JU’s European U-space standardization effort to promote an open industry platform for drone traffic management.

The trial phase follows the announcement of a partnership between skyguide and AirMap in March 2018 to develop and deploy the first national drone traffic management system in Europe.

Skyguide plans to officially launch the Swiss U-space in June of 2019.