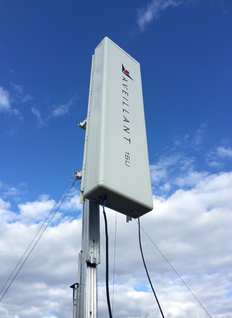 Project managers of the CLear Air Situation for uaS (CLASS) project – one of a dozen U-space projects launched by SESAR Joint Undertaking in 2018 – say they have successfully concluded it is possible to take different drone tracking technologies and present them in a single sky picture to see where the drones are and where they are going. This is a key enabler for U-space, and supports development of the over-arching Concept of Operations for EuRopean UTM Systems (CORUS) by identifying and de-conflicting drones operating in the airspace.

Airbus managed the project, and also provided the tracker used to transmit drone ID and position data. Aveillant provided drone surveillance technology using its holographic radar, and Norwegian University of Science and Technology (NTNU) provided data fusion algorithms for the non-cooperative and cooperative data tracks. Relevant aeronautical data was aggregated both sources and the data from multiple trackers (both on the drones and on the ground-based systems) and merged so that the location of all drones in the airspace could be known and displayed. ENAC designed the use case scenarios, and also flew drones during the live trials. Unifly combined the data from all sources and displayed them on screen.

Based on these functionalities, SESAR is looking to develop a real-time centralised UTMS which will show both current and planned UAS flights.