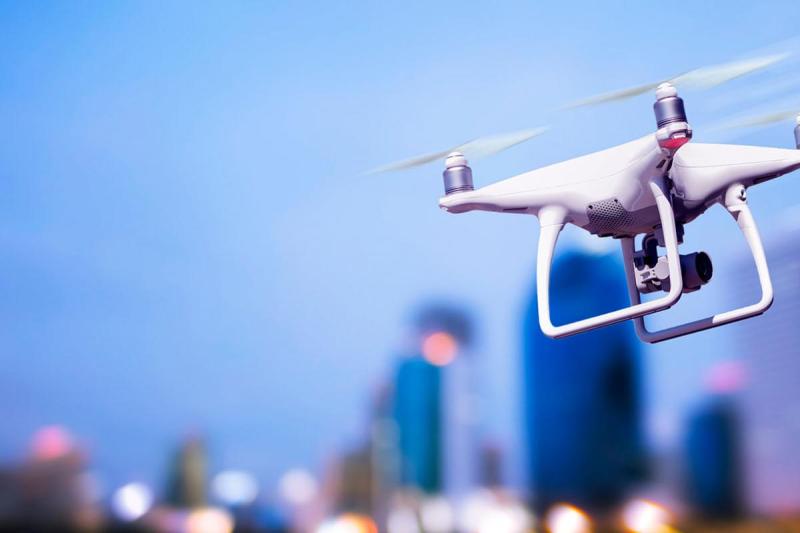 Findings of the SESAR PervEvite project published by the European Commission are expected to help drones to avoid ground-based obtacles and other vehicles via Wi-Fi, 4G, and long-range (LoRa) radio frequency technology.

The goal of the PercEvite project was to develop consumer-friendly technology capable of improving drone safety. “We wanted to show that systems weighing less than 50 grammes, based on cheap, widely available hardware could substantially improve drone safety without requiring human intervention,” says project coordinator Guido de Croon, professor at the Faculty of Aerospace Engineering, Delft University of Technology, the Netherlands.

“This suggested to us that the drones themselves should play a bigger role in ensuring safety, however, making drones safer usually involves expensive and heavy systems that are not suitable for cheap consumer drones.” In addition, operators of these drones – which are typically used to take holiday or travel pictures – are often neither technical experts nor experienced pilots.

To achieve this, the project team developed a small stereo vision system capable of detecting ground-based obstacles and estimating velocity. This allows drones to fly even when global navigation satellite systems are not available. Next, a collaborative detect-and-avoid scheme based on readily available, small and cheap communication chips was developed. These chips were used both for close-range avoidance of other drones, and for long-range communication capabilities, enabling the drones to locate and avoid manned air traffic.

“We also investigated the use of audio signals for detecting oncoming, non-collaborative air traffic,” notes de Croon. “This was based on observations that humans typically first hear traffic, like rescue helicopters, before we see it.” “Our pioneering study on hear-and-avoid technology for non-collaborative detect-and-avoid has not yet resulted in performance suitable for real-world commercial use,” he adds. “However, the insights obtained from the study have set us on a clear path towards that goal. A unique open access dataset has been made available and can be used by others to accelerate development of this technology.”

Ultimately, PercEvite succeeded in creating a 46-gramme tech package that helps drones to avoid ground-based obstacles with stereo vision, and to communicate with and avoid other drones or aircraft via Wi-Fi, 4G, and long-range (LoRa) radio frequency technology.

“The project paves the way for future drone applications such as package delivery, search and rescue operations and organ transportation to hospitals,” he explains. “This is because they enable drones to operate autonomously, which is vital for such future applications.”

Indeed, any industrial sector that can make use of drones, from windmill inspection to agriculture, stands to benefit. “We know for example that many farmers would love to have drones fly over their land every day in order to make the leap to precision agriculture,” says de Croon. “At the moment however, such technology is too expensive because it requires multiple human operators.”

De Croon believes that at this stage, more mature technologies, such as communication-based avoidance, should be the focal point for testing, with a view to eventual commercialisation.