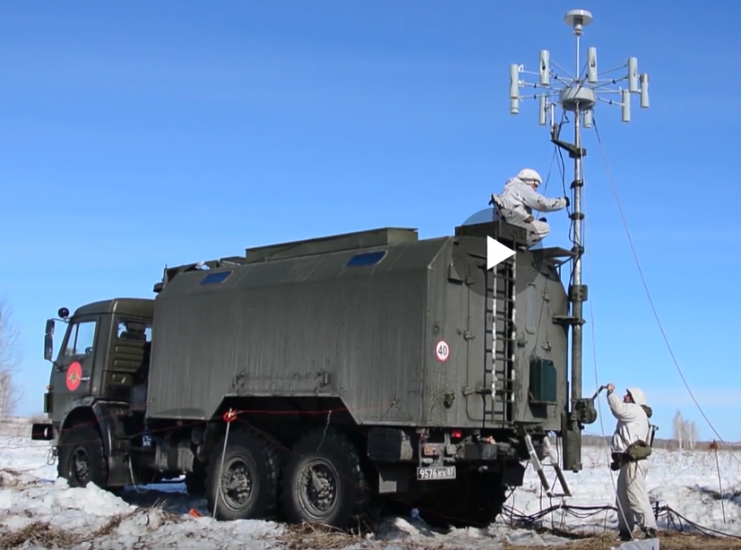 The TV Zvezdva news agency has broadcast a video of Russian army personnel of the electronic warfare (EW) units of the combined-arms formation of the Central Military District during an exercise in the Kemerovo Region, erecting a counter-UAS system.

According to the new report:

“According to the plan of the exercises, the “enemy” planned to strike from the air with the help of attack UAVs at military infrastructure facilities. Having received intelligence about a possible threat of an attack from the air, the crews of the electronic warfare (EW) “Borisoglebsk” and “Zhitel” complexes went to the designated area and, during the march, repelled the attack of the mock enemy’s DRG. On the way, the EW specialists deployed command posts, and, using means of electronic reconnaissance and electronic warfare, collected and analyzed intelligence information, after which they used radio interference, with the help of which they drowned the UAV control channels, as well as communication channels with GPS navigation satellites.

“In total, more than 500 servicemen and about 30 units of military and special equipment took part in the exercises. The combined arms formation of the Central Military District is deployed in the Novosibirsk, Kemerovo, Omsk, Tyumen, Irkutsk regions, Altai Territory and the Republic of Tyva. It includes motorized rifle, artillery and anti-aircraft missile formations, as well as RChBZ and communications troops.”