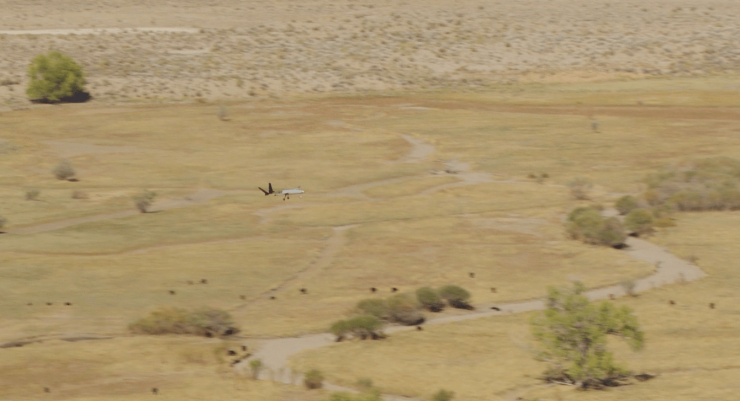 The demonstration took place in Nevada over the Carson River at Fort Churchill State Historic Park, using a drone integrated with Casia to illustrate how this cutting-edge technology will be used to provide automated situational awareness for drones and their pilots. Technologies like onboard DAA are critical to ensuring that drones are safely integrated into the national airspace and able to avoid collisions with other manned aircraft.

While the FAA’s UAS IPP is slated to conclude operations on October 24, the partnership will continue to progress to further advance the River Search and Rescue Program. Initial BVLOS flight operations will take place at the Carson River location with future testing to be conducted over the Truckee River as soon as next year.

“Through this CONOP, we aim to implement rescue operations supported by drone technology within the Truckee River region in the near future,” Reno Fire Chief Dave Cochran said. “Water exposure, especially in moving-water incidents, is extremely dynamic and dangerous for victims and first responders. The use of drones will increase our safety and increase our efficiency. I’m thrilled that we’re looking for an innovative approach to help improve our river response.”

Ensuring a safe community and a well-maintained public infrastructure is a strategic priority for the City of Reno. This program has the potential to increase the survival rate of victims during river rescue operations while helping to develop safe practices for drone usage throughout the United States.

In May 2018, the City of Reno was selected by the United States Department of Transportation (DOT) as one of nine state, local and tribal governments to participate in the FAA UAS IPP. The UAS IPP is working with the nine public-private partnerships to implement and study specific drone applications across the United States in an effort to advance the safe integration of drones into the nation’s airspace.