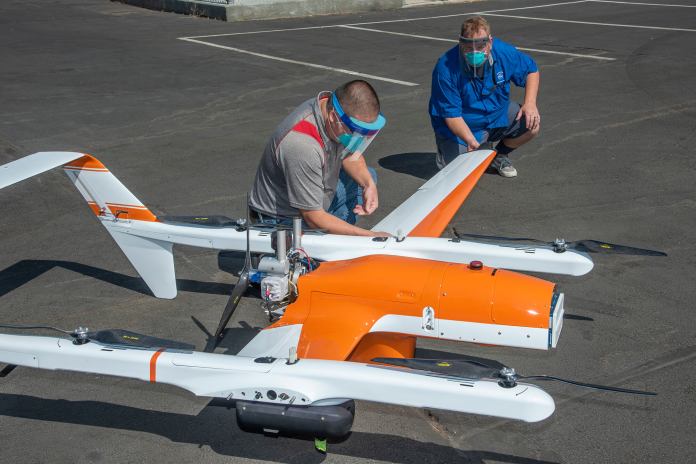 NASA research shows advanced software may help prevent collisions between autonomous systems, according to a NASA article by Teresa Whiting published on 26 October 2020.

Autonomous aircraft systems have the potential to save lives, and NASA Armstrong Flight Research Center’s Resilient Autonomy project is at the forefront of development, says the report. These advanced software systems are preventing air-to-ground collisions in piloted aircraft, and the project is now focusing on developments to prevent aircraft from colliding with other aircraft in the air.

The project is a joint collaboration with the Federal Aviation Administration (FAA) and the Office of the Secretary of Defense with numerous Department of Defense services and commands to create new autonomous technology and inform FAA certification guidelines. The task is to test the maturity of technology and inform airworthiness requirements to enable future autonomy, such as link-less operations in an unpiloted aircraft, while at the same time providing enhanced automatic safety to modern piloted aircraft. The system that spans this wide range of autonomy is the Expandable Variable Autonomy Architecture (EVAA).

Mark Skoog, NASA Armstrong principal investigator for autonomy, is leading the project along with project manager Kia Miller and project chief engineer Nelson Brown. Skoog comes from more than 35 years of experience with autonomous systems including the F-16 Automatic Ground Collision Avoidance System (Auto GCAS), which has saved the lives of 10 F-16 pilots, and one more pending review. The Auto GCAS system takes control of an aircraft from the pilot at the last possible moment to avoid an imminent ground collision. For this project, the team improved the algorithms of the F-16 GCAS and ACAS systems and rebranded to indicate an improved functionality.

The EVAA software prioritizes human safety over preventing damage to property, and preventing damage is prioritized over the completion of the mission by following a set of programed rules of behavior. These rules of behavior allow EVAA to better manage the mission intent of the flight while always maneuvering within the acceptable performance limits of the aircraft, much like how a pilot manages a safe flight. EVAA is primarily intended to be used on unpiloted vehicles, and in some circumstances, may allow damage or destruction of the UAS to avoid piloted aircraft. The process involves having separate computerized monitors, each focused on one aspect of safety.

“GCAS and ACAS are each separate monitors within EVAA and we had to refashion each of these algorithms so they would be applicable to aircraft other than the F-16,” Skoog said. “We channel these monitors through a central function we call the Moral Compass, which gives control of the aircraft to the highest consequence task. Consequence is dictated by a set of rules of behavior, which dictate when safety should outweigh the mission and when vehicle safety should be compromised to protect human life.”

EVAA is developing in stages, where the software will fly in various maneuvers in the aircraft simulator. The process began with the read-only phase, or build one, where the sensors required for EVAA’s situational awareness were wired into EVAA. Build two is where EVAA is allowed to control the aircraft by activating autopilot maneuvers within the aircraft’s flight control system. In this phase, the pilot or ground control operator throws a switch to tell EVAA to initiate one of the many avoidance maneuvers EVAA can use. This is called the pilot activated recovery system (PARS) phase. At the beginning of May, EVAA began successfully flying the PARS maneuvers in the simulator.

“PARS testing is when we gain an accurate understanding of the aircraft and autopilot dynamics. This is used to build models to predict how much space the various avoidance maneuvers will require to avoid the ground and other aircraft.” Brown said. “iGCAS and iACAS will use these models to understand which maneuvers will work best and when they need to begin an avoidance.”

Build three brings iACAS and iGCAS into EVAA and the system will begin to show its true potential. EVAA will react to other aircraft and the ground and the safety it provides becomes tangible. The final build, build four, will bring on many additional monitors and sensors such as the forced landing system, well clear, geo-bounding, in-flight route replanning and a host of health monitors.

When California instituted the stay-at-home order for COVID-19, the project was preparing to begin the PARS phase flight test. Unable to conduct flight testing, the team made an immediate pivot to in-home simulation to allow progress to continue on software development. Instead of hosting in-person, the DOD and FAA X-plane iGCAS sim demo for EVAA was displayed through Microsoft Teams. The project software lead Ethan Williams flew the demo for the group from his computer at home to show maneuvers and capabilities. Full EVAA hardware was coupled to the X-plane sim to exercise the algorithms of EVAA and to demonstrate EVAA running on the flight hardware.

The pilot in this case used a joystick to fly and EVAA interrupted when it saw safety issues. The X-plane sim creates all the signals that would normally come from sensors off the aircraft and go into EVAA. EVAA is sending commands out to an autopilot in X-plane and then the system controls the aircraft.

“Under this telework environment, there is one person at the controls, which would not be our normal mode,” Skoog said. “They are having to not only fly the aircraft like a pilot, but they are having to exercise all the flight test support functions that would normally be distributed among a number of people on the ground.”

Flight Testing with the HQ-90 Aircraft

When flying is re-opened, the team will perform flight tests in a variety of scenarios using EVAA. Research pilots at Armstrong will train for these missions and collect data. Flight tests will use the L3Harris Hybrid Quadrotor 90C (HQ-90), which is a 120-pound vertical lift and transition remotely piloted aircraft featuring an 8-to 22-pound payload capacity with a long endurance flight time of 12 to 22 hours, depending on the payload.

In parallel with flight-testing, an airworthiness approach to certification, design, and airworthiness approval is being conceptualized with the FAA, recognizing the limitations of data being collected in simulation. The approach hopes to leverage a common framework of the EVAA system that can be potentially used on aircraft ranging from general aviation retrofit to future autonomous aircraft.

“Our method is to lead by building a reference implementation of a highly autonomous aircraft, imbed within that aircraft decision making algorithms, show how that decision making should be harmonized and bring forward data artifacts for community review (primarily the FAA) and document the results,” Skoog said. “We are leading the industry by building a widget that is a working system capable of the levels of the autonomy envisioned to exist in the future, and hope to show how we think that vehicle could operate safely without a human in the loop.”