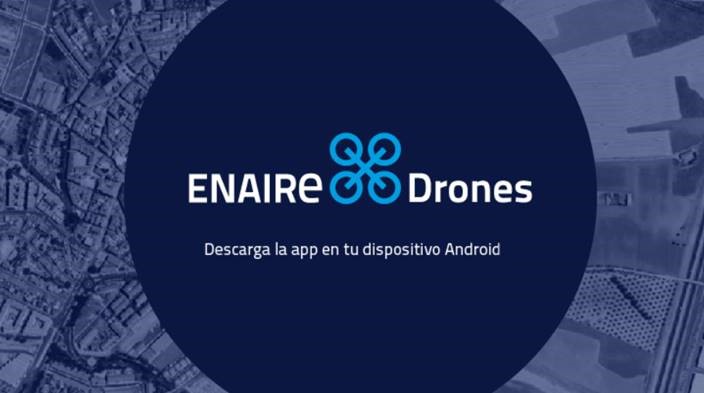 Spanish air navigation service provider ENAIRE has launched a mobile ENAIRE Drones application, so users can plan their drone flights from any Android mobile device. The app shows a map of Spanish airspace, indicating those areas where these remotely operated aircraft are permitted to be used, says the ENAIRE press release.

Having surpassed 100,000 users on its drones.enaire.es website, ENAIRE Drones, in preparation for its debut on mobile platforms, incorporates all new improvements and is now available free of charge for Google Play and, in the near future, for iOS. This application seeks to address the needs of professional and recreational drone pilots by making it easier to identify fly zones, as well as by providing active notice to airmen (NOTAMS) and identifying protected natural spaces and bird protection areas.

After the initial allocation of 1,000 test versions of the app were downloaded in 48 hours, and after listening to the comments and reviews received, it is now available for all users. The debut of the ENAIRE Drones mobile app is the result of our commitment to the drone sector, in an effort to promote safety and integration with aviation. As on the website version, all the data shown on the mobile app comes from the AIP España publication, which ENAIRE is tasked with updating, as the national agency responsible for providing the Aeronautical Information Service (AIS).

ENAIRE is committed to digitising aeronautical information by adapting its services to new technologies and by responding to users’ demands. ENAIRE is also actively involved in international projects to deploy U-Space, which will make it possible to safely integrate drones into airspace and urban areas.