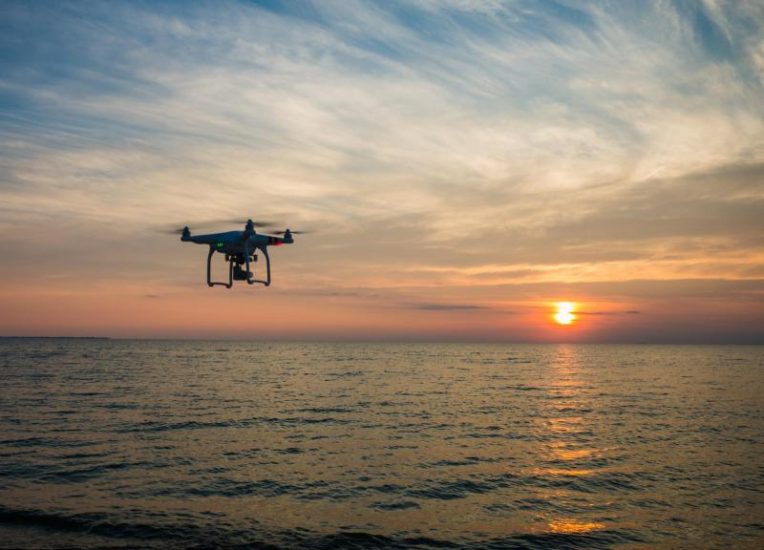 Denmark’s Innovation Fund is supporting the launch of the Grand Solutions project GENIUS which aims to develop a 5G network for the low airspace.

The project has a budget of DKK 24 million, of which 14 mill. DKK has been approved by the Innovation Fund.

A prerequisite for the automatic traffic control to take place is that the drone can be connected to a network with high reliability and low response time. This is where 5G technology comes into the picture.

The national 5G network was established by TDC NET with support from Ericsson at the end of 2020 with a focus on 5G coverage on land. But if the drones are to use 5G, then the coverage must also apply in the low airspace, which TDC NET and Ericsson’s joint 5G Innovation Hub will establish as part of the GENIUS project.

Already today, large amounts of data can be sent and received in near real time via the nationwide 5G network, TDC NET established in 2020. When the 5G coverage is expanded to the low airspace, it opens up for drones to solve more and far more advanced types of tasks for the benefit of companies and society at large. We look forward to realizing that potential, says Michael Fränkle, Executive Vice President of TDC NET.

Naviair, which is responsible for traffic management of aviation in Danish airspace, will handle the connection between 5G and the automatic traffic management system, which is a prerequisite for the establishment of U-space – the so-called UAS Traffic Management (UTM) platform.

U-space must ensure that unmanned drones in the future can fly in the same airspace as the other manned air traffic without posing a danger when, for example, they monitor birds in the Wadden Sea, fly critical medical equipment between hospitals or inspect port areas.

Naviair is working purposefully to build a comprehensive infrastructure for drones in Danish airspace, where drones can operate outside the drone operator’s field of vision, which will scale up the application possibilities for drones. 5G is a central technology in several areas, where we, among other things. expects to be able to create a live image of the traffic situation in the air at any time, says Christian Clemmensen Møller, UTM Business Developer at Naviair.

The GENIUS project can also become an important player in the green transition. GENIUS will, in collaboration with the Danish Environmental Protection Agency, investigate how drones can help preserve our nature. The idea is that significant parts of the National Monitoring Program for the Aquatic Environment and Nature (NOVANA) must be able to be carried out by fully automatic drones, which themselves collect data from the nature areas that are to be monitored. Unmanned drones can thus play an important role in monitoring, for example, eelgrass by the Wadden Sea or in connection with the counting of birds and rare animal species.

According to Drone Industry Insights, revenue in drone transport will grow from DKK93 billion in 2018 to DKK285 billion in 2024. That this is an attractive market is further emphasized by the fact that the European Commission predicts that the European drone sector in 2035 will employ more than 100,000 people directly, and have an economic effect of over 10 billion euros per year.