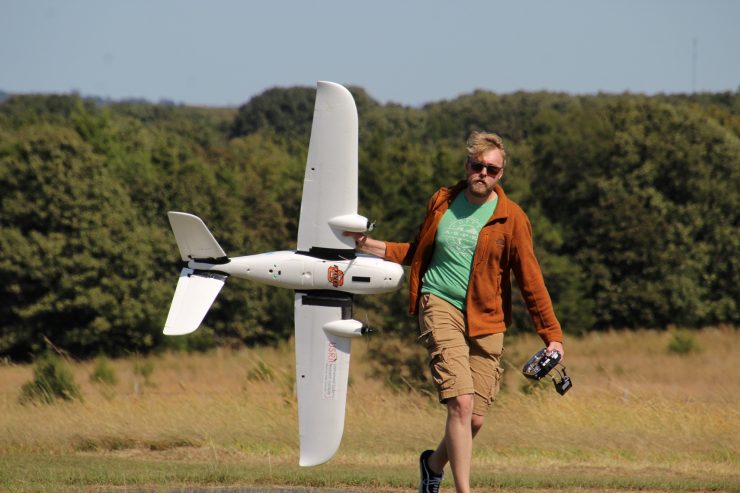 The completely autonomous flight was over 18-miles long in total, starting at OSU’s Center for Forensics Explosives range near Pawnee, Oklahoma and culminating in an autonomous landing at OSU’s Unmanned Aircraft Flight Station in Glencoe, Oklahoma.

The results from the flight provided a proof of concept for Vigilant’s Unmanned Traffic Management (UTM) capabilities currently in research and development, and will provide the basis for initial deployment of UTM capabilities utilizing FlightHorizon. The analysis of results from the demonstrations will also provide an understanding of the capabilities of autonomous UAS operations and provide data necessary for additional use cases.

The flight is the first in a new series that will be testing radar integration, ground-based and on-board autonomous detect-and-avoid capabilities, remote ID solutions and UTM processes utilizing FlightHorizon.

The flight was conducted with a twin-motor UAS operating below 400 feet AGL and was conducted under an FAA Certificate of Authorization (COA) with a visual observer. The COA, released by the FAA in December 2018, allows for the waiving of rules requiring drone pilots to keep their aircraft continuously in line-of-sight and also provides additional operating altitude.

The COA allows OSU and commercial research and development partners like Vigilant Aerospace to pioneer new unmanned flight technologies, safety systems and processes to advance the state of the UAS industry.