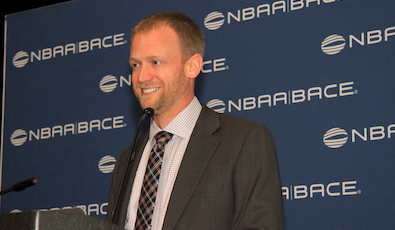 The Northern Plains UAS Test Site (NPUASTS), one of seven Federal Aviation Administration (FAA) unmanned aircraft systems (UAS) test sites, has announced the selection of a new executive director. Trevor Woods, formerly the director of safety, was chosen by the Northern Plains Unmanned Systems Authority, which oversees NPUASTS, for his UAS expertise, business experience and future vision for the test site, says a press release. The Authority is a commission chaired by North Dakota’s lieutenant governor and composed of representatives from North Dakota’s general aviation community, several state agencies and both major research universities within the state.

Trevor Woods has been with NPUASTS since its inception and was part of the proposal team that pitched North Dakota to the FAA as an ideal test site location. At that time, Trevor Woods was working at the University of North Dakota, conducting UAS research, providing technical expertise to UAS projects within the university and managing all UAS-related waiver and regulatory submissions to the FAA. When the FAA selected NPUASTS as its first official UAS test site, Trevor Woods functioned as the test site’s airspace manager, supporting UAS operations as well as building operational documents and writing procedures, and eventually becoming the director of operations in 2015.

As the test site grew, Trevor Woods took over as director of safety. This role, by its very nature, works extensively with the FAA on regulations and procedure, something Woods was well-versed in. With his long-term institutional knowledge, strong relationship with the FAA, and extensive knowledge and experience with both operations and safety, Woods was a natural choice for executive director.

Trevor Woods was also instrumental in the conception and development of Vantis, North Dakota’s statewide UAS network, which is administered by NPUASTS. He contributed to the development of the first UAS corridor in the state, located between Grand Forks and Fargo, and directed safety efforts for this precursor to Vantis. He helped design the initial blueprints for a statewide beyond visual line of sight (BVLOS) network and oversaw all safety protocols during its build-out.