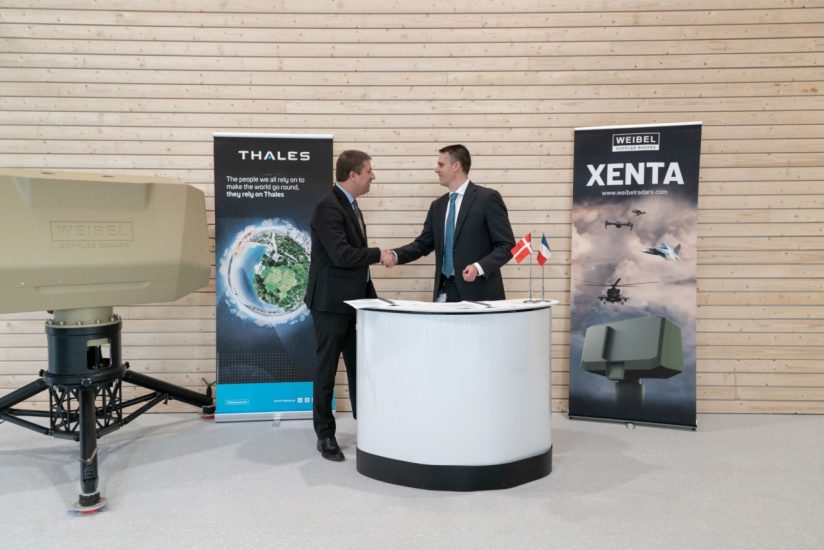 Thales has purchased 12 XENTA short range radar from Danish manufacturer Weibel Scientific, the company’s biggest order to date.  Weibel began developing the air defense radar three years’ ago in response to the rise of new complex aerial threats such as UAV’s (drones) which are hard to detect, track and classify with conventional radar technology.

The contract is signed only four months after signing a strategic cooperation agreement at the Danish Embassy in Paris between Thales and Weibel Scientific. It cements the relationship between the two companies and strengthens the commercial relations between the Danish and French defense industries.

“This contract illustrates the value and strength of our partnership. Thales and Weibel Scientific are a great match because our highly advanced and specialized radar technology compliments Thales vast portfolio, perfectly. With this contract, our ambition of becoming the number one radar supplier within Short Range Air Defence and Counter UAS is one step closer to fruition,” says Frode Scott Nilsen, CEO of Weibel Scientific.