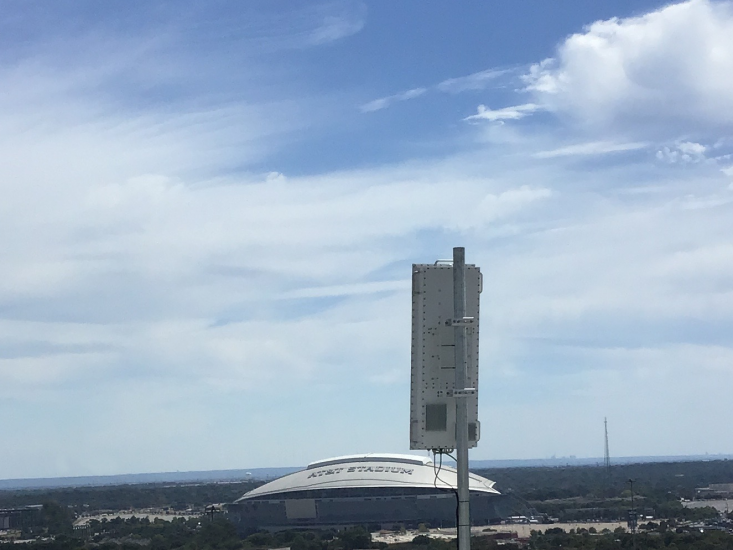 Hidden Level reports its Airspace Monitoring Service (AMS) has proven effective at helping law enforcement in Arlington, Texas, where it identifies unauthorized drones during football games played at AT&T Stadium. AMS adds a layer of situational awareness for law enforcement and security personnel surrounding the city’s Entertainment District by monitoring the location of drones in the city’s low-altitude airspace says the company.

The service identified an average of two unauthorised drones per game during the Dallas Cowboys’ entire season at the AT&T Stadium.

Working with city officials as part of its Smart City initiative, Hidden Level’s AMS tracked the low-altitude airspace around the stadium for the three hours before kickoff through the game’s conclusion. Over the course of all nine of the Dallas Cowboy’s home games, including the playoffs, AMS tracked 48 drone events with 22 unsafe flights, averaging more than two unsafe drone flights per game. A “tracked drone event” is defined as a drone/operator geolocated by Hidden Level’s AMS. A drone flight is considered unsafe if it flies over pedestrians, stadium operations, or inside of a Temporary Flight Restrictions (TFR).

To legally fly a drone within much of Arlington’s Entertainment District, a drone operator must have a current pilot’s license, the drone must be registered with the FAA, and a flight authorization request must be submitted to the FAA with details of where the drone will be flying, at what altitude, and for how long. During large public events at the stadium, TFRs are issued which call for no airspace activity starting one hour before the advertised start time of the special event and ending one hour after its conclusion.

An example of an unsafe flight occurred during the San Francisco 49ers vs Dallas Cowboys playoff game on 16 January 2022, less than 30 minutes before kickoff. The Arlington Police Department was directed to the drone operator’s general location from Hidden Level’s AMS, allowing officers to have the operator land their drone. There have been other prominent flight violations this playoff season, such as during the Cincinnati Bengals Wild Card playoff game versus the Las Vegas Raiders on 15 January 2022.

Drone sightings around active public venues continue to be a concern for law enforcement agencies across the country. Through the airspace monitoring system pilot project, when a drone is reported near a public venue or in restricted airspace, law enforcement can now compare Hidden Level’s real-time data against registered flight plans for both commercial and civilian drones, allowing them to corroborate information and better assess why drones might be in the area. In addition to the real-time data, law enforcement will also have enhanced capability to gather and analyze data over time, allowing them to assess various trends in the airspace during public events. Hidden Level’s technology does not capture the personal data or locational information of individuals.

Hidden Level was recently selected by the New York State Police to monitor airspace over the 2021 New York State Fair, which saw nearly 800,000 visitors over the 18-day event. They are also working with NASA’s Ames Research Center on drone-traffic management and advanced aerial mobility applications.

Jeff Cole, CEO of Hidden Level said: “It’s exciting to see that our system is working to help keep the skies over Arlington as safe as possible as the number of drones flying in the U.S. grows exponentially. Arlington has been a great partner, and we look forward to growing our relationship with them and other cities around the country.” 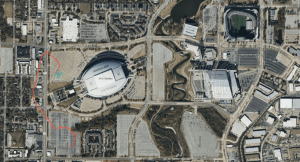