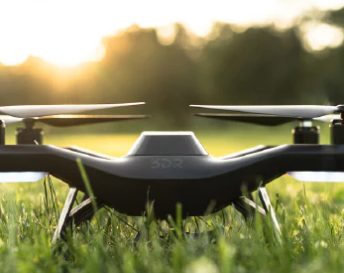 The dynamic growth in Civil Unmanned Aerial Systems (UAS) over the period will create significant rewards for smart investment as nations open their airspace, commercial applications take off, and civil governments adopt systems for new roles in border security and public safety. At the same time, some sectors of the market are reaching maturity faster than anticipated, requiring caution and careful research from investors and potential market entrants, says the report.

“UAS has been a boom market with possibilities that appeared limitless. It’s now increasingly clear that the roads are diverging – some paths will lead to great reward, but on others, the cliff’s edge is in sight,” said Jeremiah Gertler, Teal Group’s lead author of the study. “Today’s heady growth will cool in some sectors after middle to late adopters finally come in. In much of the world, that will mean growth markets turn to commodity replacement markets where producers compete with the local used drone lot.”

By contrast, the United States market is expected to grow when other global markets are already beginning to level off. “That’s the one upside of a late start,” Gertler said. “You’re running hard when everybody else is already in the showers.”

Commercial use will drive the market as consumer drone purchases slow and government purchases remain a small but growing portion of the market. “Major corporations have been the early movers in optimizing UAS and are best positioned to take advantage when regulations finally lock in,” said Gertler. “At the same time, the consumer market skipped right through adolescence to maturity, leading UAS manufacturers to search upmarket for their next big opportunity. That means more focus on more sophisticated, higher-value units, but also more competition in narrower niches,” Gertler added.

The greatest potential appears to be the delivery market. Teal finds the best delivery market opportunities will be in middle-mile (i.e. factory to warehouse) transportation, rather than in the last-mile deliveries that are most frequently discussed. Last-mile delivery will have to operate in the most complicated regulatory environment, with not just national bodies but localities and even homeowners’ associations having a say in whether and when delivery drones appear in neighborhoods.

Agriculture will be the leading sector overseas by 2030 thanks to heavy Chinese investment in subsidizing agricultural drone spraying and increasingly capable but more affordable UAS moving into the sector, particularly for smaller farms.

As unmanned systems proliferate, venture funding has flowed into UAS-adjacent efforts like analytical software to handle the data coming from unmanned systems and control networks. US start-ups have received a majority of the funding over the last 10 years, enabling them to take the lead in developing drone analytics. Chinese firms, which have received much less investment, are focusing on consolidating their lead in hardware, moving from consumer to commercial systems.