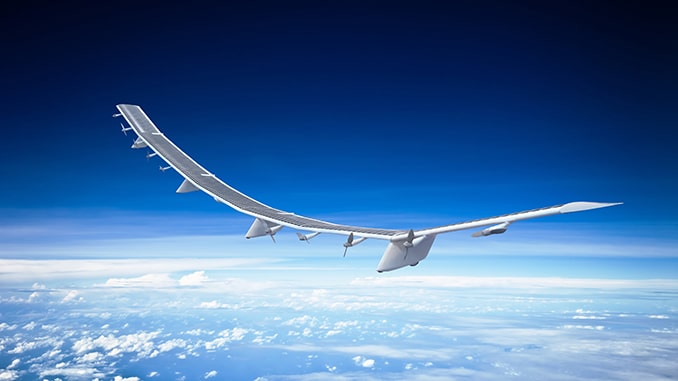 HAPSMobile has chosen New Mexico’s Spaceport America for test operations and development of a specialized communications platform designed to provide internet connectivity to hard-to-reach places around the globe, according to an announcement by New Mexico’s Economic Development Cabinet Secretary Alicia J Keyes. HAPSMobile is a subsidiary of Japan’s telecommunications operator SoftBank Corp.

The company, along with its minority owner and aircraft development partner AeroVironment, is working on development of the unmanned solar-powered High Altitude Platform Station. The stratospheric telecommunications platform, a so-called cell-tower in the sky, is designed to provide better communications to under-served areas, including rural communities.

A lease for development and flight testing at Spaceport America was signed in March, and an investment into the site is planned.

The work at Spaceport America will help HAPSMobile and AeroVironment obtain government certification for the unmanned aircraft system, which has 260-foot wingspan and is designed to circle in the stratosphere for extended periods of time while carrying a telecommunications payload. It is expected to operate at an altitude of 65,000 feet above sea level.

“This announcement is further evidence that New Mexico’s ambitious vision for Spaceport America is being realized. We’ve always been clear that we were building a platform where visionary companies could develop space-based solutions to all kinds of problems, and it’s gratifying to see that work paying off and to welcome HAPSMobile and AeroVironment to our state,” Gov. Michelle Lujan Grisham said. “We look forward to being home to the world’s first cell tower in the sky.”

The New Mexico Economic Development Department is supporting the expansion with USD500,000 from the Local Economic Development Act (LEDA) fund. LEDA was created by the Legislature to assist new and expanding businesses with financial support for land, buildings, or infrastructure.